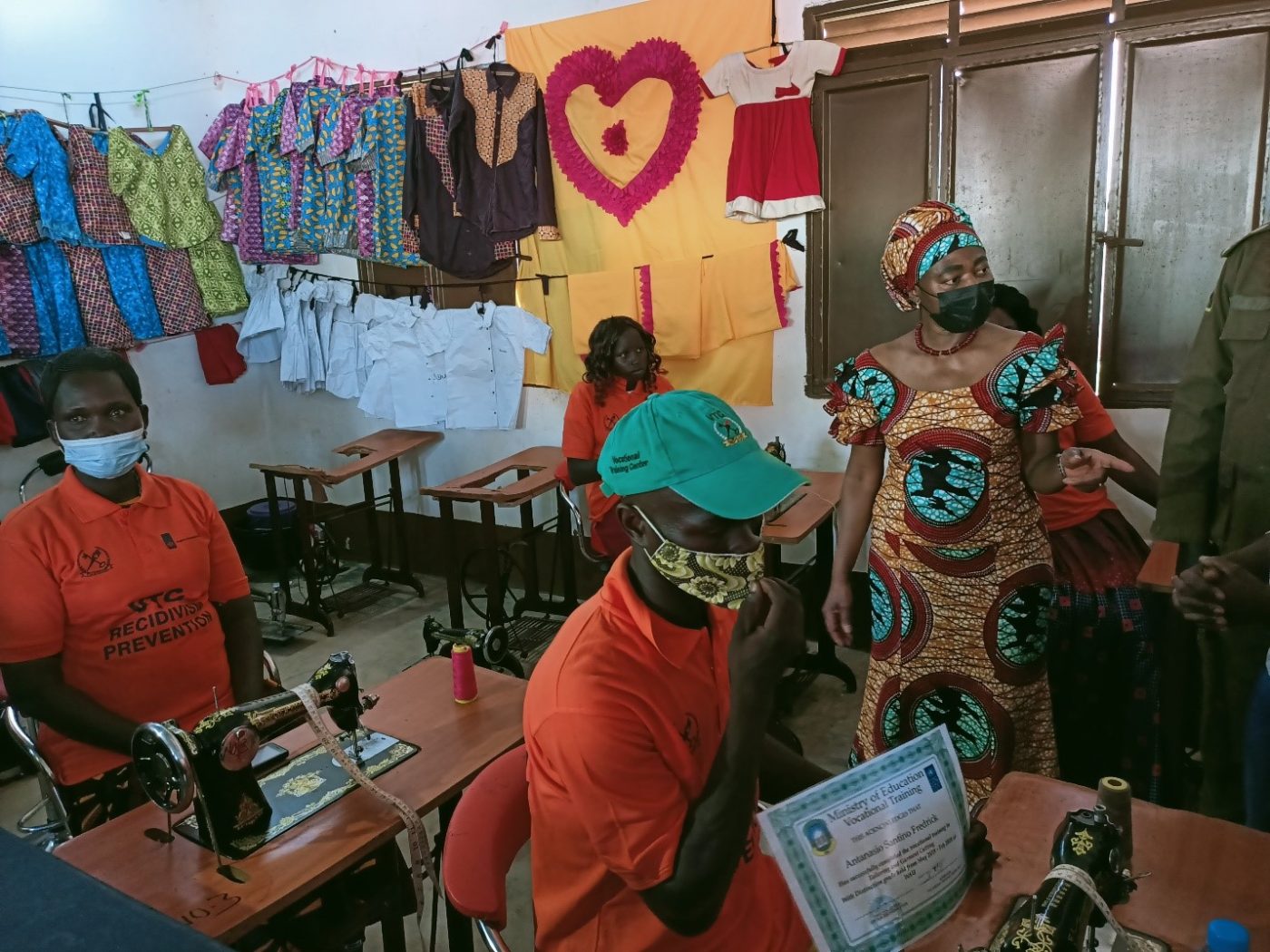 Juvenile offenders in South Sudan are turning to business skills to ensure a turnaround in their lives.

Across South Sudan, people below 18 years are in jail, sometimes for crimes which could have been avoided if they were kept busy.

Manut is serving a two year jail term for fighting.

He believes he is fully equipped to turn his life around when the conviction is over and join the labor market.

“I am grateful I can now be a force to reckon with in tailoring,” Manut told Juba Echo during his graduation in Wau.

Like him, Nelson Joseph completed a course in auto-mechanics.

Joseph is serving a jail term for theft.

“I have to be in prison for two years but with this training I do not think I will again touch somebody’s thing,” he told Juba Echo.

Also at 17 years, Ramiz Daniel has already been in jail for 3 years.

He completed a course in auto-mechanic and believes it will change his life.

Daniel landed in jail after his parents failed to raise his school fees and he became involved in criminal gangs which terrorized parts of Wau town.

“I didn’t know anything about auto-mechanic skills before but now I am ready to join the labor market and will help my family and myself,” Daniel told Juba Echo.

“I don’t think I can commit any mistake and come back to prison again. I want to focus on my future.”

According to UNDP Deputy Resident Representative Christy Ahenkora, the juveniles deserve a chance to be successful in life.

As a correctional center, the prisons would then be ideal in helping them reshape their future, Ahenkora said.

In South Sudan, 380 juveniles are in custody for various crimes with some already jailed.

The Wau Vocational Training Centre which consists of eight newly constructed classrooms and an administrative block fitted with green energy installation, vocational and administrative equipment, and a generator, is the second vocational training center launched by UNDP in a week.

Over a thousand juveniles have already graduated from vocational centers across South Sudan.

“We can observe this well-established VTC with qualified, experienced, competent, and committed South Sudanese instructors imparting vocational trade skills in various fields to all categories of prison inmates,” Lado said of the Wau facility last week.

Leleca Dominic Simon has also benefited from it, graduating in tailoring.

“This one is important for me because I have kids, so instead of taking their clothes and school uniforms to the tailor,” Simon told Juba Echo.

“I thank these people for this idea,” he said.

“Here we learned so many things that we didn’t know before.”

Likewise, 14 year old Richard Juma Augustino is ready to face the business world when his jail service is over.

He graduated a welder, among 64 colleagues in various skills.

“Once released, it’s all about working and making money,” Augustino told Juba Echo.