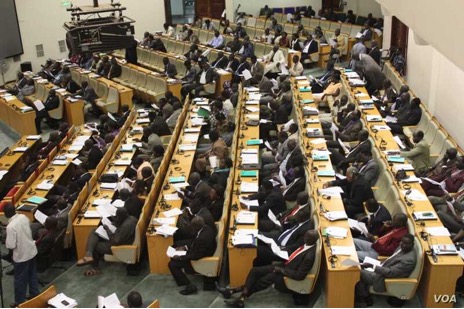 South Sudan’s 2021/2022 fiscal year budget is billed to be mouthwatering for civil servants after the government reviewed and adjusted their salaries six-fold.

While not yet discussed by cabinet or sent to parliament yet, the huge budget has been agreed to and passed at the economic cluster level, the Deputy Minister of Finance, Agok Makur said by phone on June 10.

He would not reveal the full new year budget estimates.

“For the salaries it’s more than 340 billion SSP. In the old budget it was just 55 billion SSP.”

A challenge would remain in fully funding of the “huge” budget for the country which will also be cantering for a huge and expensive peace government, expanded to include former rebels and other political groups.

The three year administration is expected to stop conflict in the country and usher in a new era of democracy, beginning with elections immediately at the end.

“But we are a country, we are a government and can get a way out to cover all the deficit,” Makur said.

The government is led by President Salva Kiir and deputized by his former foe, Dr Riek Machar.

Infrastructural development has been left wanting while service delivery is being undertaken by nongovernmental organizations.

The government has also been looking for loans to spur development of the infrastructure and has agreed to a 3 billion Euro loan from Kuwaiti investors, Makur said.

“We passed it also in the cluster and it is one of five loans passed which we are ready to implement,” he said.