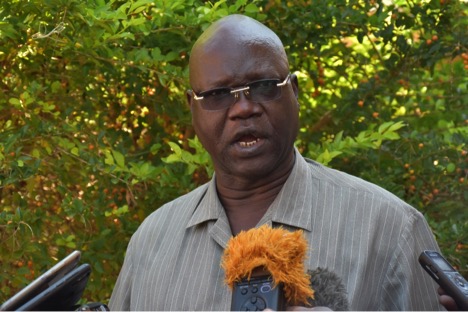 South Sudan is eyeing access to Djibouti Port for imports from the outside world.

This was revealed Thursday by Lado Lukak Legge, the Deputy Chairperson for the Chamber of Commerce.

“We are in talks with Djibouti authorities so that we can be able to use Djibouti Port through Ethiopia,” Lukak said during a networking business seminar organized by the Ethiopian Embassy in Juba.

Lukak said it will be easier and cheaper to import goods through Djibouti Port.

“Djibouti is near to South Sudan compared to Mombasa Port in Kenya, and the government of Djibouti is willing to strengthen trade ties with South Sudan and Ethiopia,” he disclosed.

Lukak called upon the government of Djibouti, Ethiopia and South Sudan to build roads linking these countries to ease the transportation of goods.

“We want roads linking Djibouti to Ethiopia and South Sudan so that we will be able to use Djibouti port to reduce dependence on Kenya’s Mombasa.”

South Sudan relies heavily on Mombasa Port to import most of it’s goods.

Djibouti Port is located at the Southern entrance to the Red Sea, at the intersection of major international shipping lines connecting Asia, Africa and Europe.

The Port is a minimal deviation from the principal East-West trade route and provides a secure regional hub for transshipment and relay of goods.