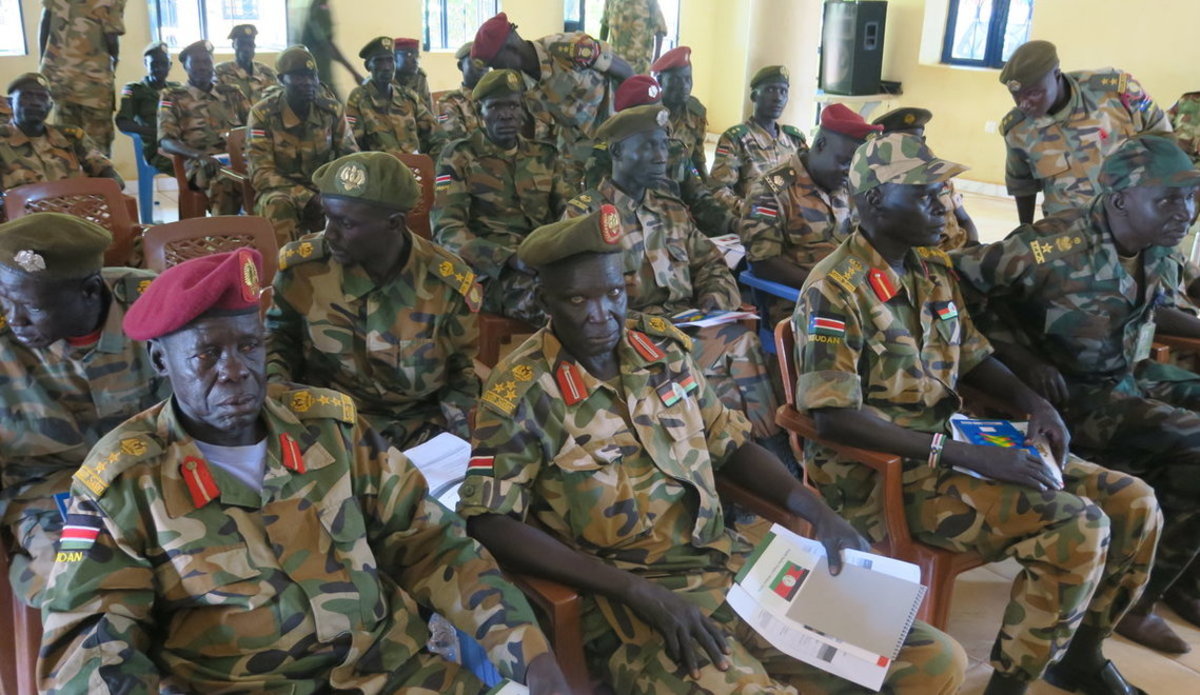 An officer in the South Sudan People’s Defense Force has been arrested after he announced a unilateral promotion in the army, spokesman, Lul Ruai Koang said.

The arrest of Sergeant Major Robert Angui also known as Mike Mike occurred on Monday amidst heavy gunfire in the capital Juba.

All promotions to senior ranks in the army are made by the Commander in Chief and President of the country, Salva Kiir Mayardit.

But Mike would not wait for this, adorning himself with the rank of Colonel.

“This officer has been committing a lot of crime including crime of promoting himself from the rank of regimental sergeant major to the rank of Colonel,” Koang said by phone on Tuesday.

He said Mike will also be charged with attempted murder for firing at his colleagues during his arrest, spreading fear and anxiety among the residents of Juba.

Other charges will include resisting arrest and shooting at colleagues.

According to Koang, Mike has a lot of indiscipline records which have often landed him in jail.

“It was in the process of him being arrested that instead of complying, he opened fire on the security that had been sent to arrest him,” he said, but noted that no one was injured in the shootout.