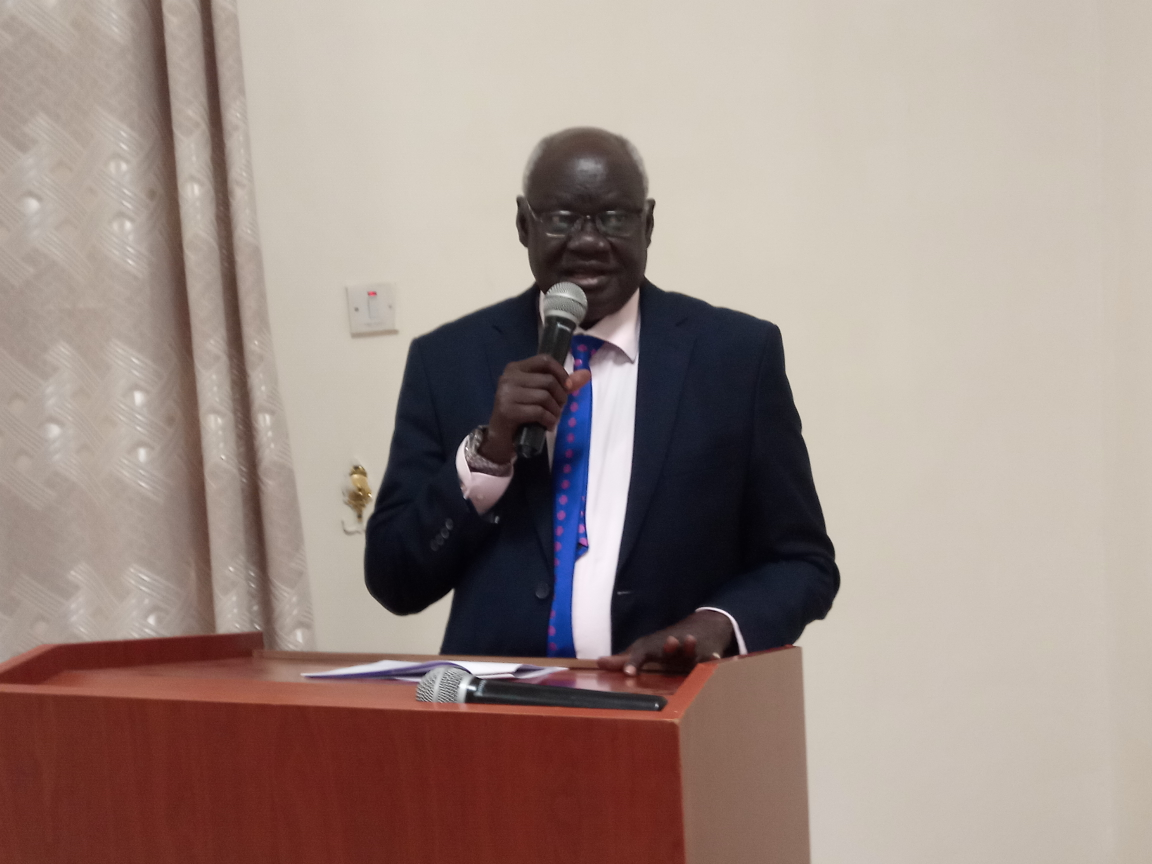 South Sudan’s Minister of Higher Education, Science and Technology has appealed to Dr. John Garang University students to be patient as he engages the Finance Ministry to clear arrears of the contractor of the learning institution.

Gabriel Changson Chang said a pending bill of the contractors was already presented to the Ministry of Finance and Planning and awaiting payment.

“The students’ issues are areas of concern for our public universities. So, the Ministry is trying its level best to make sure that the studies of our students are not interrupted in any way possible.

“We have already submitted Bills presented by the contractors to the Ministry of Finance and Planning for settlement,” he explained in an interview on Monday.

Last week, the students at Dr. John Garang University of Science and Technology went on strike to protest the long awaited reopening of the institution even if the coronavirus preventative measures were relaxed.

The learning institution has stayed for roughly two years without studies since the pandemic broke out in 2020.

But, the Varsity’s administration has repeatedly claimed that the contractor’s long overdue payment has been a stumbling block for the University to reopen since there would be no food.

This culminated to the last week’s protest where the students demanded for reopening of the University as soon as possible.

However, the Higher Education Minister is calling for tolerance as he tries all the available options for the contractor to get paid soon.

“We recognize your suffering, the lack of education. The education might have been interrupted but you (students) will still be on track. We ask you (students) to be patience and give us the opportunity to resolving these issues,” he stated.

“I met him on Friday, and as a result, I urged and told him to pay the contractor urgently. But he had to say that he is already working on it,” Minister Changson revealed.

The Minister suspected that the President might have also directed the Minister to clear the contractors’ arrears following their meeting with him on June 14.

He then promised to follow up the payment from the Ministry of Finance this week so that Dr. John Garang University reopens.

“We hope for the best and this week, we will also follow up with the Ministry of Finance. I am very confident that they might have one semester this year,” he concluded.

Dr. Adhil Athanasio Surur, the Undersecretary at the Higher Education Ministry expressed annoyance for continuous failure by the Ministry to meet students’ demands on time.

“For us in the Higher Education, we feel ashamed especially when the students of Dr. John Garang University went on strike because there is no money.

“We feel ashamed really. Our staff that has been put to the Finance docket to represent us cannot defend us,” he quipped.

Surur said that it was not logical for students to have spent two years without studies.

Dr. John Garang University of Science and Technology, located in Bor, Jonglei State is one of the five public or government universities in South Sudan.

Its reopening was scheduled for mid-2020 after the coronavirus measures were relaxed but again postponed for March 2021, which didn’t materialize due to failure for contractor to provide food to the campus, according to its University’s administration.

However, it is believed that the University’s contractor is demanding accumulated arrears of about 3 years from the government.