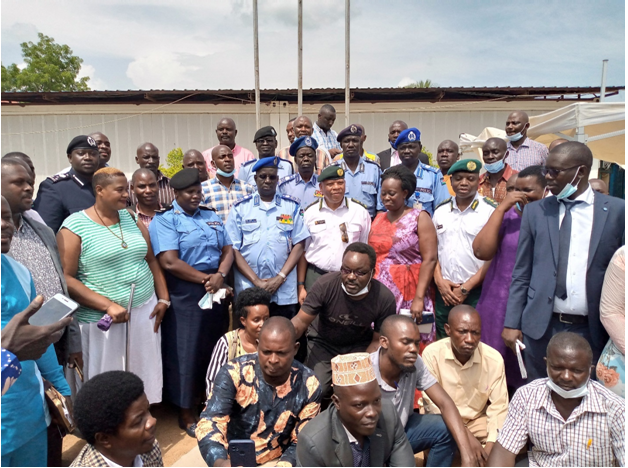 South Sudanese and Ugandan immigration officials on Thursday agreed to work closely on easing the movement of people along their common border.

Maj. Gen. Atem Marol Biar, Director-General of the Directorate of Nationality, Passports & Immigration said they agreed to address visa fees and excessive taxes at the border.

This came after Marol ordered an end to the operation that had been ongoing since last year to document foreign nationals.

“Last time there was a silent search, there is no silent search in Juba now but what I want from you is to cooperate with us,” he said during the meeting with Ugandan immigration officials in Juba.

The silent search had mostly targeted Ugandan and Eritrean nationals who complained of excessive harassment from the South Sudan immigration officers.

Complaints of extortion by these officers were also well documented during the operation.

“I want to direct the Chief of Immigration even if a foreigner is not having a passport but he or she has a registration card, he or she must be respected because nobody can be registered without documents,” added Marol.

Uganda and South Sudan reached a deal that saw them waive visas for their respective nationals as demanded under the customs protocol of the East African Community.

“What makes you think that you can come to South Sudan and refuse to register, and be able to be assisted?  That will not work,” said Gowa.

He added that South Sudanese living in Uganda and other nationals have been registered so that they can be accounted for if anything happens to them.