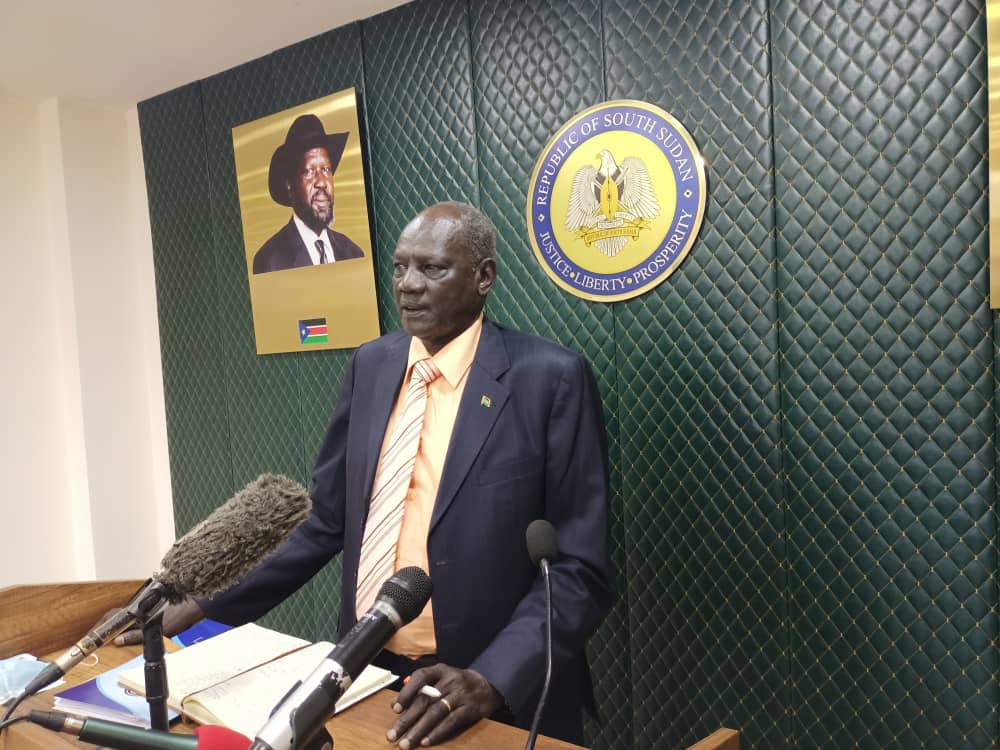 By Staff Writer
South Sudan’s government on Friday resolved to prosecute those that will be found with fake academic documents.
“The resolution was passed to the effect so that these people are traced, arrested and taken to court because if you are honest person, you are not supposed to acquire fake documents and use it for employment ,if you are doing that, you are harming the government and you are harming your own people and the country because you will be given an assignment in which you will not perform because you did not study and you are not qualified.” South Sudan’s Information Minister, Michael Makuei Lueth said.
Speaking to reporters after the cabinet meeting on Friday Lueth said that the cabinet listen to the presentation from the Minister of General Education and Instruction Awut Deng about fake academic documents in the country and she clearly stated with figures that there are a lot of fake documents that are being used by employees in South Sudan and especially documents that were taken for authentication in embassies in Uganda and Kenya.
“So, these documents were disqualified and the number is big. In Uganda, there was over 400 fake certificates, diplomas, degrees or even PhDs and master degrees, and Kenya have about 16 fake documents, all these documents, most of them have been confiscated and will not be allowed to be used” Michael Makuei said.
Due to lack of educational infrastructure many South Sudanese people go to school in Uganda and Kenya.