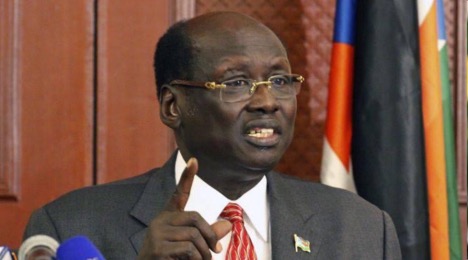 South Sudan’s government has downplayed the impact of ongoing intermittent communal clashes on the 2018 revitalized peace process whose implementation was recently extended till 2025.

Barnaba Benjamin Marial, the Minister of Presidential Affairs while addressing Indian diplomats and journalists on Monday said the communal clashes that have been rampant since the start of this year are not politically motivated as alleged by experts and the United Nations.

“Our people are tired of war, they are not going back to war, the communities that are fighting have nothing to do with political issues there is no political fight any more, what I can assure you we are implementing the peace process,” Benjamin said during celebration of the Indian National Day in Juba.

He disclosed that cattle rustling and revenge killings among families is what is driving the sub-national violence that has left both civilians and soldiers killed.

Abraham Kuol Nyuon, Assistant Professor of Political Science at the University of Juba, said that communal violence could somewhat have negative impact on the entire peace process due to the fact that it is motivated by easy proliferation of small arms.

The United Nations last year implicated senior ranking soldiers within the national army for illegally arming civilian communities with weapons for exclusive use of the military.

“Trying to say that communal violence could not be associated with political instability is not the right thing, the government needs to be able to look into communal issues because it could one day morph into rebellion,” Nyuon said.

Nyuon cited the recruitment in 2013 of vigilante groups such Arrow boys in Western Equatoria and the White army in Jonglei state into rebellion.

“We have got what we call spillover of small arms, and this is where now you see rebellion mushroom because the politicians are getting ready soldiers that could be recruited from the community,” he disclosed.

Edmund Yakani, the Executive Director for Community Empowerment for Progress Organization, said that inter-communal violence has direct impact on the peace process because it is incited by politicians jostling for power at the local levels.

“The communal violence has direct impact on the peace agreement in terms of unification of forces, when people start fighting at community level you find that the sons and daughters of those communities in uniform go back to the community and fight,” Yakani said.

Under the 2018, peace deal South Sudanese parties are yet to complete unification of the 83,000 unified forces to take charge of security during the extended transitional period.