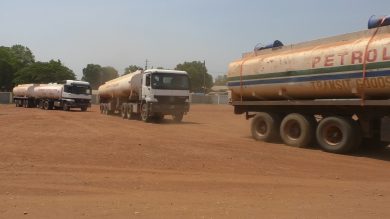 The money was accrued between 2011 when the country got independence and 2018.

“After the cost recovery audit, it was found that oil companies have taken from the government of South Sudan a sum of 3, 334, 262,710 dollars,” Lueth told reporters in Juba on Friday.

“This amount according to the audit is supposed to be paid to the government of South Sudan by the oil companies,” he said.

“The cabinet approved and authorized that this money is paid to the government chest.”

Cost recovery is money a company returns to the government after it does not fully utilize its annual budget.

Cabinet Minister Martin Elia Lomuro said the audit report established that “the oil producing companies should have given back $400 million between 2011 and 2012 because they did not use that money.”

“The audit also found out that between 2013 and 2018, 2.9 billion was unused and the total amount of money that is due from cost recovery alone is $3.3 billion,” Lomuro added.

Meanwhile, Lueth said an environmental audit will be conducted to ascertain the level of damage caused by oil pollution in the oil producing regions of Unity, Upper Nile and Ruweng Administrative Area.

South Sudan depends majorly on oil revenue to finance it’s annual fiscal expenditure but this has been affected by reduction in production due to years of conflict, in addition to drop in global oil prices.

Current production stands between 165,000 BPD-170,000 BPD. The ministry of petroleum plans to increase production to about 300,000 BPD within the next three years.