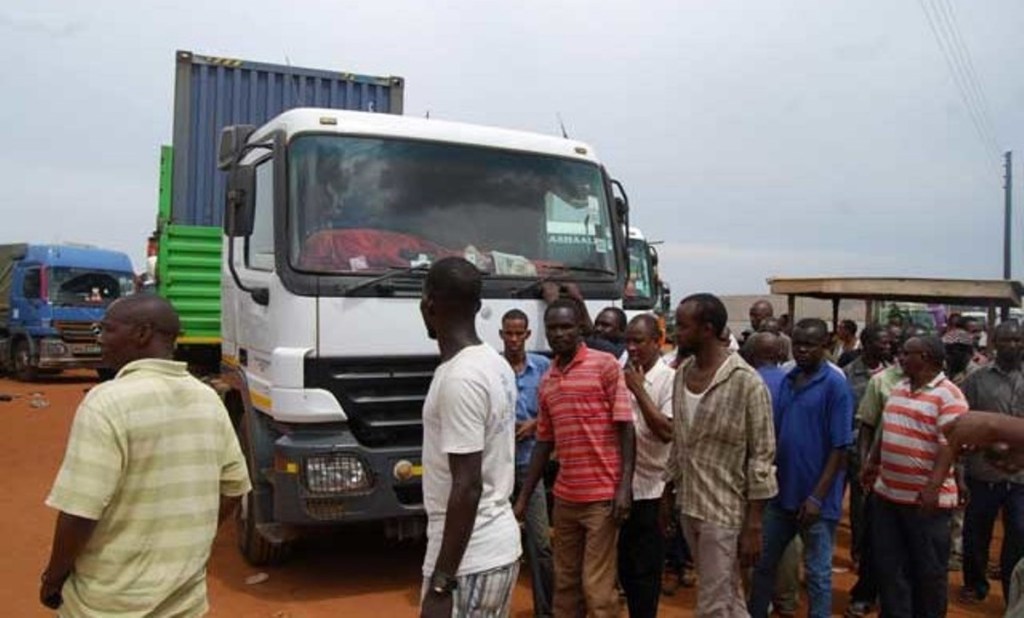 South Sudan has withdrawn all checkpoints along the highway from the capital Juba to the border of Uganda and deployed heavily to deter insecurity as trucks resume importing commodities to the country, the Director General of the Custom Service, Akol Ayii Madut said.

Trucks importing various commodities into the landlocked country ceased moving along the Juba-Nimule highway after two Kenyan drivers were shot dead by gunmen following renewed insecurity on the thoroughfare.

The truck drivers protesting insisted they would not travel until the government of South Sudan assured them of security, removed all illegal checkpoints and compensated fellow drivers killed in the country since 2016.

“We have assured them we have removed all the road blocks, all the roadblocks from Nimule to Juba are not there,” Madut told Juba Echo by phone.

Those roadblocks removed include the main one at Nimule’s Jebel Gordon, Nesitu and Juba Bridge on the outskirts of the city, he said.

“These roadblocks will be removed permanently,” he said.

The government has also deployed security forces along the stretch, with each personnel a few meters from another, to ensure maximum security, Madut said.

“We have a convoy which will be escorting the trucks from Nimule right up to Juba bridge,” he said.

Madut slammed the attacks on travellers noting that it’s a ploy by “rebels” to “spoil the relationship between South Sudan and the region.”

“The situation is now normal and the trucks are now moving,” he said.