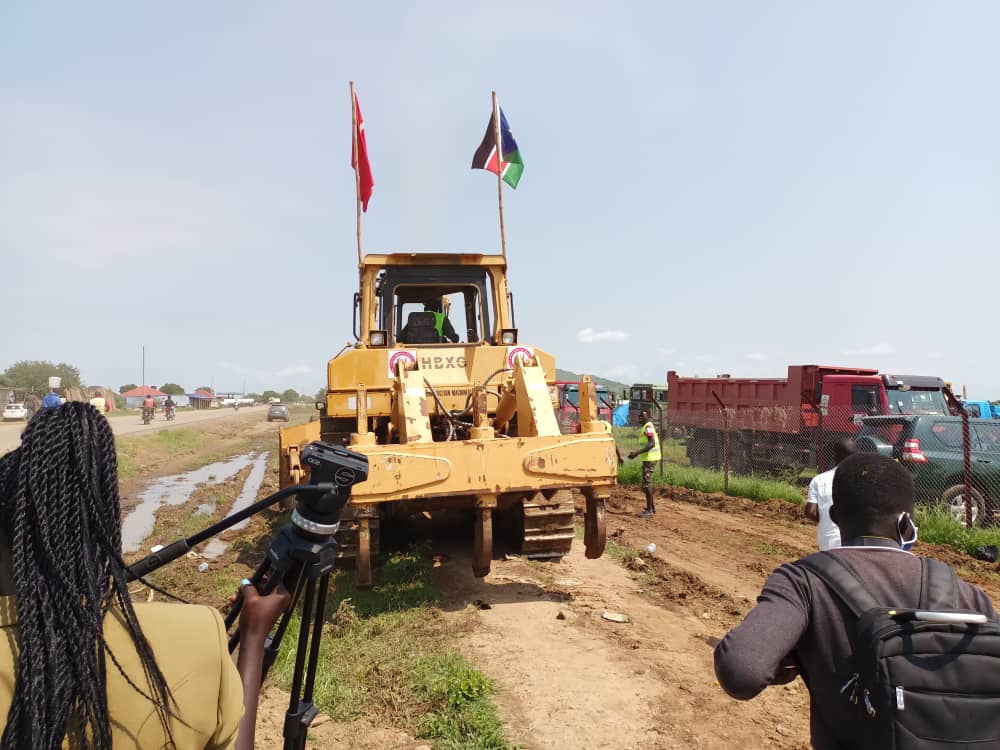 South Sudan has launched the rehabilitation of the highway linking the capital Juba with the East African region.

The 24 months rehabilitation work will cost 150 million euros loan to the country by Ozturk holding LTD, a Turkish company.

Constructed before independence, the 192 kilometer highway between Juba and Nimule accounts for the biggest bulk of imports for South Sudan.

According to the Executive Director of the South Sudan Roads Authority, Kenyatta Warille, the rehabilitation will include installation of weigh bridges to regulate overloading, and the construction of the country’s first tunnel.

The government will repay the loan in seven years, he said.

While launching the project, Vice President Taban Deng Gai described it as very important in creating a network of communication in the country.

Gai said it will also create employment to the youths in the country.

The Minister of Road and Bridges, Simon Mijok Mijak, said road network in the country leads to a viable economic development.

The Turkish Ambassador to South Sudan, Edrem Mutaf said that project is a joint project of Turkish prominent companies, and will be an opportunity for South Sudan to see the quality of Turkish civil engineering.