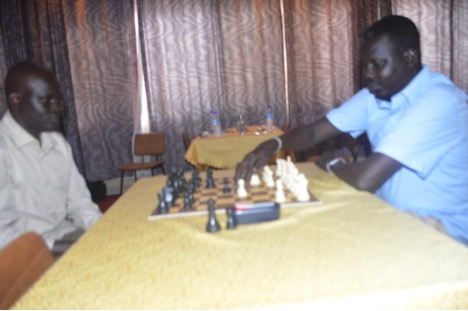 The South Sudan Chess Federation has on Monday stated that they performed so outstandingly in chess game claiming category C and ranked number 92 out of the 162 countries thereby qualifying to participate in Chess World Cup slated to occur in 2023.

South Sudan women chess players also claimed category ‘E’ and are now ranked at number 153 out of 162 Countries who are members of the world Chess Fraternity.

Aduot added that playing Chess game is important because it prepares one for critical thinking, source of livelihood and also steps towards strategic planning.

“We concluded 44th Chess Olympiad hosted in Chennai of India which started in July and ended in August this year. Chess remains a tradition of sports globally and our team exhibited good performance with talent. South Sudan shocked the World by being ranked on top of well-established Countries in Chess game”, he said.

“I am very grateful to Dr. Albino Bol the Minister of Youth and Sports for his moral support and urged all South Sudanese to play Chess and shun negative tendencies against chess as the game for elites and Military people. Chess game is now adopted in school curriculum as the tool for sciences especially in Engineering and mathematics,” he added.

In 2016 and 2018 South Sudan participated in Chess Championship and claimed Categories A and B respectively leading to the promotion of its 7 players to the level of Credential master (CM) and one field master.