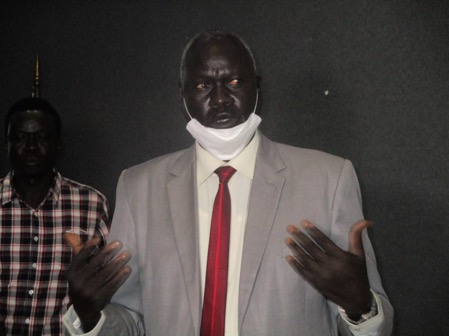 Three public universities in South Sudan will remain closed because they do not have food for students.

Closed since April last year because of the advent of COVID-19, the Universities of Bahr El-Ghazal, Dr. John Garang Memorial, and Rumbek Universities, will continue to remain closed due to delay by government to settle outstanding bills owed to suppliers of food.

Prof. Deng Manasseh, the Vice Chancellor of Rumbek University, speaking also on behalf of the others, said they have failed to resume operation due to failure by the Ministry of Finance to pay off the suppliers of food consumed by students.

“Students’ feeding is one of the major problems facing universities outside Juba. If there is no feeding for Rumbek University, John Garang University, and Wau University, how do you expect students to cope with life in campuses,” said Manasseh, during a plenary discussion for the 2019/2020 public university admission in Juba on Thursday.

He urged the government to avail the necessary funds to help the public universities resume operation.

“I appeal to the government represented by our ministers in today’s session to critically discuss and look into the problems facing the universities,” said Manasseh.

He added that these public universities have been facing challenges for the last four or five years.

“University of Juba has the advantage since most of the students can reside with their parents and relatives in Juba which is not the case in Rumbek, John Garang, and Wau,” said Manasseh.

“The issues of students’ feeding we will tackle them with Vice President Akol,” said Changson.