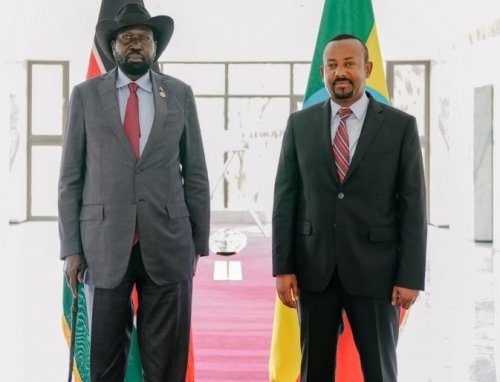 South Sudan President Salva Kiir Mayardit is set to mediate in the conflict in Ethiopia which has led to a dire humanitarian situation in Africa’s second most populous nation.

Fighting since November 2020 between Ethiopia’s federal troops and forces loyal to the Tigray People’s Liberation Front, which controls the Tigray, a region of some six million people has left thousands of people dead and more than two million people displaced.

Ethiopia has one of the fastest-growing economies in the world and the crisis could reverse gains made.

The war has dragged on for months, triggering a humanitarian crisis in Tigray that has left 400,000 people facing famine-like conditions, according to the United Nations.

The “Prime Minister of Sudan, Abdalla Hamdok who is now the chair of IGAD requested President Kiir to go to Ethiopia believing that he is the right person to mediate in the Ethiopian conflict,” Lueth told reporters in Juba on Friday.

“The president accepted the request and now the preparations are underway so that this mediation process starts between the Ethiopian government and Tigray and also between Sudan and Ethiopia,” Lueth said.