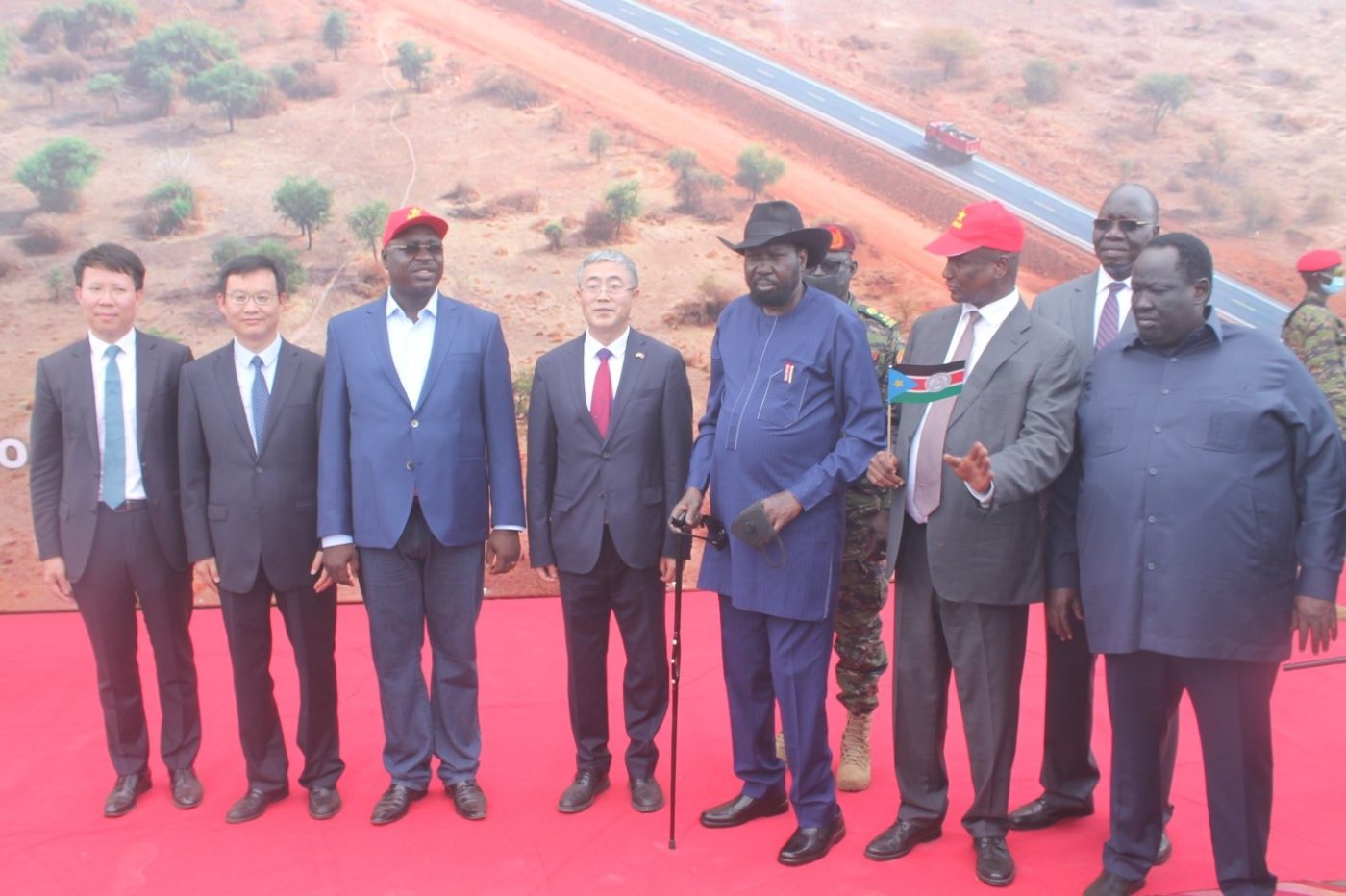 The road is designed to link Central Equatoria State which hosts Juba, the capital of South Sudan, with six other states across the vast east African country.

“Fellow citizens of Terekeka, the road we are commissioning today belongs to you, with the completion of this phase one you will be able to move and deliver your goods to and from Juba, it will also open up opportunities for those in settlements along this road to sell their goods and produce,” said Kiir during the opening ceremony held in Terekeka County of Central Equatoria state.

Kiir thanked the government of the People’s Republic of China for the cooperation with his government on the road.

He also paid tribute to some of the staff of SDHS who lost their lives due to armed attacks while constructing the road.

“It is just the beginning of the work, there is a long way to go in achieving our objective of taking towns to the people through road networks, and this (road) will ease the movement of goods and services between rural and urban areas across the country,” said Kiir.

Schools, health centers, and businesses have mushroomed along the 63-km Juba-Terekeka stretch. This stretch was once swampy and difficult to navigate due to huge potholes since the independence of South Sudan in 2011.

SDHS started work on this major highway in November 2019 and currently the company is working the 216 km Awerial-Rumbek section.

Emanuel Adil Anthony, the Governor of Central Equatoria State hailed SDHS for their close cooperation with the local population living along the road.

“I would like to thank Shandong Hi-Speed; we appreciate their cooperation with our people when they were working on this road,” he said.

The completed section of the 63 km of Juba-Terekeka stretch that was commissioned on Monday by President Salva Kiir.

Ma Qiang, the Chinese Ambassador to South Sudan, said the road is a landmark project for the South Sudan government’s policy of giving priority to developing infrastructure, and also a new symbol of the profound friendship between China and South Sudan.

“Since the official commencement of the project in November 2019, with the care and support from his Excellency the President, from the government of South Sudan especially the ministry of roads and bridges and the central equatorial state, Shandong Hi-Speed has overcome many challenges such as the natural disasters, security instabilities, lack of local materials and shortage of due payment, and has input more than  60 million U.S dollars of it’s own fund to complete the first section to Terekeka,” said Ma.

Ma disclosed the Juba-Rumbek road passes through the most populated areas in South Sudan and covers two thirds of the population, making it a lifeline between Juba and the greater Bahr El Ghazal region.

“Once completed, it will certainly promote the greater connectivity of South Sudan; promote closer exchanges and communication among various ethnic groups along the road,” he said.

James Modi, a 45-year old councilor of Terekeka County said it used to take motorists nearly five hours to reach the fishing town of Terekeka, adding that it now takes 40 minutes to drive from Juba to Terekeka.

“I think this is the first time for the people of Terekeka to enjoy such a good road like this one, before it was very difficult for pregnant women from Terekeka to travel to Juba for delivery and also for the traders who wanted to take fresh fish to Juba,” said Modi.