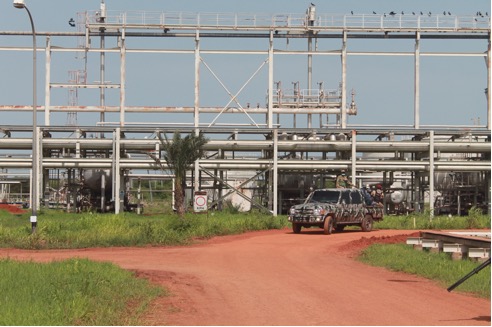 South Sudan is set to pay proceeds to the oil producing area of Ruweng, six years after it last remitted such funding.

The South Sudan Petroleum Revenue Management Act, 2013, a legal formula for distributing and using oil wealth in the country allocates 5 percent to oil producing states of which 3 percent goes to the indigenous areas where actual production is taking place.

Miakol Makuac, the director of communications of Ruweng Administrative Area told Juba Echo that the funds will be wired to the community bank account in August this year.

According to Arop Turuk, the Interim Chairperson of Ruweng Union, the process of transferring the money to the community account has started.

“The service we shall give is water, school, health center, all things that are needed in populated areas,” Turuk said.

Turuk said it would be the first time for the communities to receive the oil proceeds since the creation of twenty-eight states in 2015.

This month, communities in Renk of Upper Nile State received $190,000 instalment of their 3 percent oil share.

An audit report this year said communities in oil-producing states have not received $85 million from their crude revenue share.