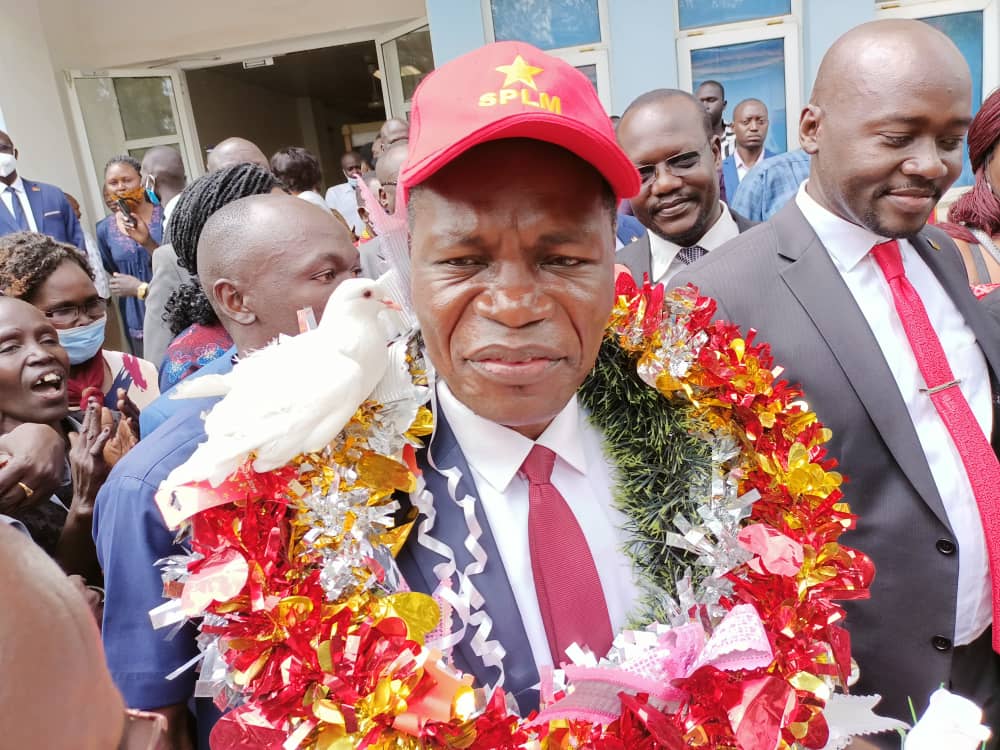 South Sudan Opposition Alliance or SSOA has regretted the defection of Joseph Bangasi Bakasoro, the former Chairman for National Movement for Change to the ruling party SPLM but welcomed the new leadership for the Movement.

Mr. Bakasoro was replaced by Ishag Ibrahim who is tasked to lead the faction after his colleague rejoined the Sudan People Liberation Movement (SPLM).

SSOA is an alliance of nine (9) Opposition parties to the 2018 revitalized peace agreement.

“The leaders unanimously agreed to issue this press statement to reaffirm strong support to the position taken by the remaining NMC leaders to stay in the Alliance and to pursue the implementation of the revitalized peace agreement,” the Statement issued over the weekend partly reads. .

“We want to assure the International Community, the IGAD and the Troika that nothing will deter SSOA in its pursuit of complete and faithful implementation of the peace agreement as the only way to deliver comprehensive peace dividends to the suffering people of our beloved country,” it added.

On July 15, Bakasoro, the former chairman of NMC rejoined the SPLM, citing a need to reunify the party in disarray whereas the remaining NMC members’ swiftly said the decision taken by the party chairman was individual but that of the whole party.

This later culminated to the appointment Mr. Ishag Ibrahim as an interim Chair as he was appointed by the NMC members.