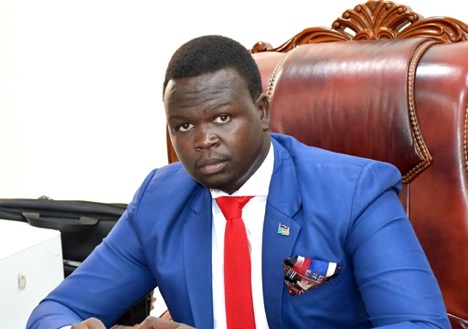 Lawmakers from the Sudan People’s Liberation Movement-in opposition (SPLM-IO) are set to meet with the breakaway faction of the party led by Lt. Gen Simon Gatwech Dual in a bid to resolve the dispute that caused split within the former rebel movement.

The splinter within SPLM/A-IO happened on August 4th when senior military leaders led by SPLA-IO former Chief of Staff Dual, declared at Kit-Gwang that they had deposed First Vice President Riek Machar from the chairmanship of the party.

The Kit-Gwang faction accused Machar of nepotism and lacking strong leadership. It also blamed Machar for weakening the hand of the party in the coalition government.

The bitter fallout between Machar and his dissenting generals led to violent clashes at Magenis in Upper Nile State leaving 34 soldiers on both sides killed.

Puok Both Baluang, Machar’s spokesman disclosed that the SPLM-IO lawmakers from the recently reconstituted Transitional National Legislative Assembly (TNLA) and Council of States are set to reach out to the belligerent group led by Dual.

“Members of parliament representing SPLM-IO have met the First Vice President, they decided that they can take up the initiative to go and meet with Dual’s faction so that we can discuss and resolve all the differences that occurred,” Baluang told The Juba Echo in Juba on Friday.

Baluang noted that this team of MPs is from greater Upper Nile region, adding that they are mobilizing resources to enable them travel to meet Dual’s faction in Khartoum then afterwards head to Magenis the epicenter of the clashes.

Baluang blamed the splinter within SPLM/A-IO on delay in implementing the critical security arrangements.

He urged the parties to the 2018 revitalized peace deal to expedite the implementation of the security arrangements.

“They decided and attempted to overthrow the current chairman, they believe there was no security arrangements, this is the main reason stated by Kit-Guang group,” he added.