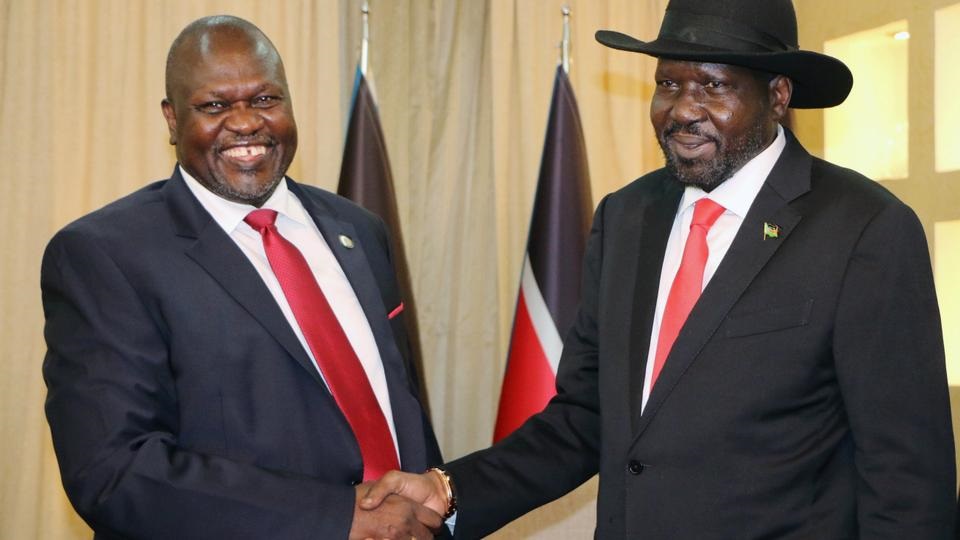 South Sudan Is Only Ten But Already Stunted

Ten years ago, South Sudan realized the sweetest dream, independence, after fighting for 21 years in a war that left 2.5 million people dead.

The country which gained independence on July 9, 2011 without a single debt should now be boasting of massive sustained development across the divide but instead is carrying billions of dollars in debt and loans to its name, as well as bleeding from a greed induced conflict and endemic corruption promoted by the elites.

While it was billed to become what would be the best example of a modern state formed by men and women united by one goal, to defy marginalization and build a fundamental basis for everlasting sustainable peace and security, by the end of 2013, greed was manifesting itself and things fell apart with the country awash with new bloodshed, a crisis that pitted brother against brother, father against son, and for six years threw South Sudan into a state of anarchy.

“I have to admit that I have many regrets,” the country’s President, Salva Kiir, said in a televised interview on Kenya’s Citizen TV on Wednesday.

“I cannot talk proudly to the people of South Sudan on achievements,” he said.

“I am not proud because we have been fighting and things that we have done were destroyed so we have to start again.”

And that simply sums up the country since independence, never growing beyond what it inherited from Sudan, and whatever it had has been destroyed by the very people who championed that independence.

Today, the country is in an unprecedented need of assistance with 8. 3 million people, more than three-quarters the 12 million, in need of multi-sector humanitarian assistance

Despite having one of the most fertile arable lands in the region, South Sudan still has deficits in its food production. This year, 7.24 million of them are in need of food and the threat of famine is constantly stalking.

Natural disasters like floods, the locust invasion, global phenomena like the decline in crude oil prices and COVID-19, all contributed to the mirage of problems stunting South Sudan.

The health system is close to nonexistence and people die of diseases that are never life-threatening elsewhere in the world.

“It is a decade that has battered communities and families across the country with conflict and armed violence,” the International Committee of the Red Cross said in a statement this week.

The already fragile health-care system has been further weakened or destroyed by the violence and people die of preventable and treatable diseases, ICRC said.

“Attacks against medical personnel and facilities, as well as limited number of health workers are some of the factors that contributed to this dramatic situation.”

South Sudan has just 195 kilometers of paved road infrastructure but has more V8 vehicles than other countries in the region, a sign its leader go for personal gains over development of the country.

Its crude oil has been plundered by corrupt officials who care less about development, leading to a crisis which shocked the world, and rated as Africa’s most deadly of the decade, rivaled only by the wars in Afghanistan and Syria and not far in similarities in atrocities on civilians from that of the Lord’s Resistance Army led by Joseph Kony, Africa’s most brutal warlord, in neighboring Uganda last decade.

A year after independence, $4 billion was stolen by government officials, and letters written by Kiir to 75 of them fell on deaf years.

To date, no one has been held accountable and sequences of corruption have gone on unabated.

The jubilations and celebrations ten years ago were short-lived and millions of citizens are now impoverished made hopeless and reduced to extreme dependence on humanitarian assistance, the South Sudan Council of Churches said.

“There is little to celebrate,” the religious group said in a statement adding that “conflict has become the context in which we are evolving with rampant proxy inter-communal violence increasing cases of sexual violence, revenge killings; land grabbing and child abduction,”

“These conflicts have rendered our first ten years of independence a ‘wasted decade.’ We are at a standstill in many ways,” they said.

“We must reflect on what went wrong in the first decade of independence, learn from those experiences and rise to the collective responsibility of this generation to deliver our country from its current predicaments,” the faith-based group further cited.

A 2018 peace agreement is being implemented in the country, bringing together several opposition groups in one government, tripling its predecessor, to be run for three years.

President Salva Kiir is being deputized by former rebel leader Riek Machar and four other Vice Presidents in the current unity government which has seen the parliament expanded to 550 members from 330.

The expenses will be met with proceeds from the crude oil at the expense of service delivery, Patrick Laat Deng, a resident of Juba lamented.

While it’s good to have peace, this transitional period may exclude the citizens from vital services including health and education, Deng said in an interview.

“The waste of ten years still lingers because a choice has been made and it is peace which won the lottery over other needs,” he said.

Children and women not spared

A record 4.5 million children, about two out of three in South Sudan are in desperate need of humanitarian support, the United Nations Children’s Fund said this week.

“The recent peace agreement, which has only partially been implemented, has so far failed to bring about any remedy to the challenges facing the country’s children and young people, according to UNICEF as well.

To date, the child mortality rate is among the highest in the world, with 1 in 10 children not expected to reach their fifth birthday.

Limited access to education and high drop-out rates have left 2.8 million children out of school – the highest proportion of out of school children in the world at more than 70 per cent of school-age children.

“The hope and optimism that children and families in South Sudan felt at the birth of their country in 2011 have slowly turned to desperation and hopelessness,” UNICEF Executive Director Henrietta Fore, said.

Women have been brutalized in the conflict in the country, faced inhumane acts including rape and other forms of sexual violence.

They faced the horrors of seeing loved ones killed and separation from husbands and children.

They and their children have been forced to live in squalid conditions in internally displaced people’s camps or flee the country as refugees with neighbors, all because of a crisis they never understood.

The inter-communal conflicts have persisted over the years across country with cattle being raided and people being targeted and killed with the States of Warrap, Lakes, Upper Nile and Jonglei the most affected.

Historically, such conflicts emanated from cattle raids and revenge killings, aggravated by a proliferation of guns in civilian hands.

Heavy battle guns like the PKM machine guns and rocket propelled grenades as well as sniper guns have been used in inter-communal fighting.

“Currently, there is no rule of law as community leaders support their clans while it shouldn’t be disputed that leaders in Juba are fueling conflicts in their respective states,” Guor Gabriel Manyang, a practicing lawyer and human rights activist said in an interview.

Ammunitions and guns are accessed from military soldiers who sell them in exchange for livestock.

Even if significant progress has been made since the signing of the peace deal in 2018, its implementation is slow, and peace remains fragile, the UN Mission in the country said.

“The journey from war to peace has been a long and difficult one and there is still much to be done so that people can exercise the democratic right they earned a decade ago,” the head of UNMISS, Nicholas Haysom said.