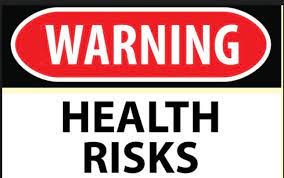 The South Sudan Drug and Food Control Authority have a stack of warning-cough syrups causing a fatality and are making its roughs in Africa.

This comes after the World Health Organization last Wednesday raised an alert against four India-made cough and cold syrups whose consumption may have led to the death of more than 60 children in The Gambia, a country in West Africa.

The health authority in South Sudan has therefore recalled four brands of pediatric cough syrups from drug stores following the WHO alert.

They said it has received a medical product alert from WHO indicating the four cough syrups are substandard.

“We got this letter through our partners, WHO that any country within Africa has to do surveillance to make sure that those aforementioned drugs are not found in the countries,” Dr. Peter Aguek Kon Baak the Director General for Inspection and Surveillance at the Drug and Food Control Authority said in a press conference in Juba yesterday.

The four substandard products identified in the Gambia failed to meet either their quality standards or specifications and are, therefore “out of specification,” Baak said.

They were manufactured by an Indian company, Maiden Pharmaceuticals or Haryana in India.

Baak warned that despite the nonregistration of the company in the country, their products can still find a way into South Sudan through smuggling.

He directed public and private health facilities to dispose of the products immediately in case they are in the country.

“If they are there, they should be collected in the market and disposed of them because they are having high risk,” he said.

“So I just advise no panic, but we just make sure that our country is out of this medication.”

The Drug and Food Control Authority is appealing to the public to report the Cough Syrups by calling 0925 661 173 or reporting to a nearby office in case they come across it.