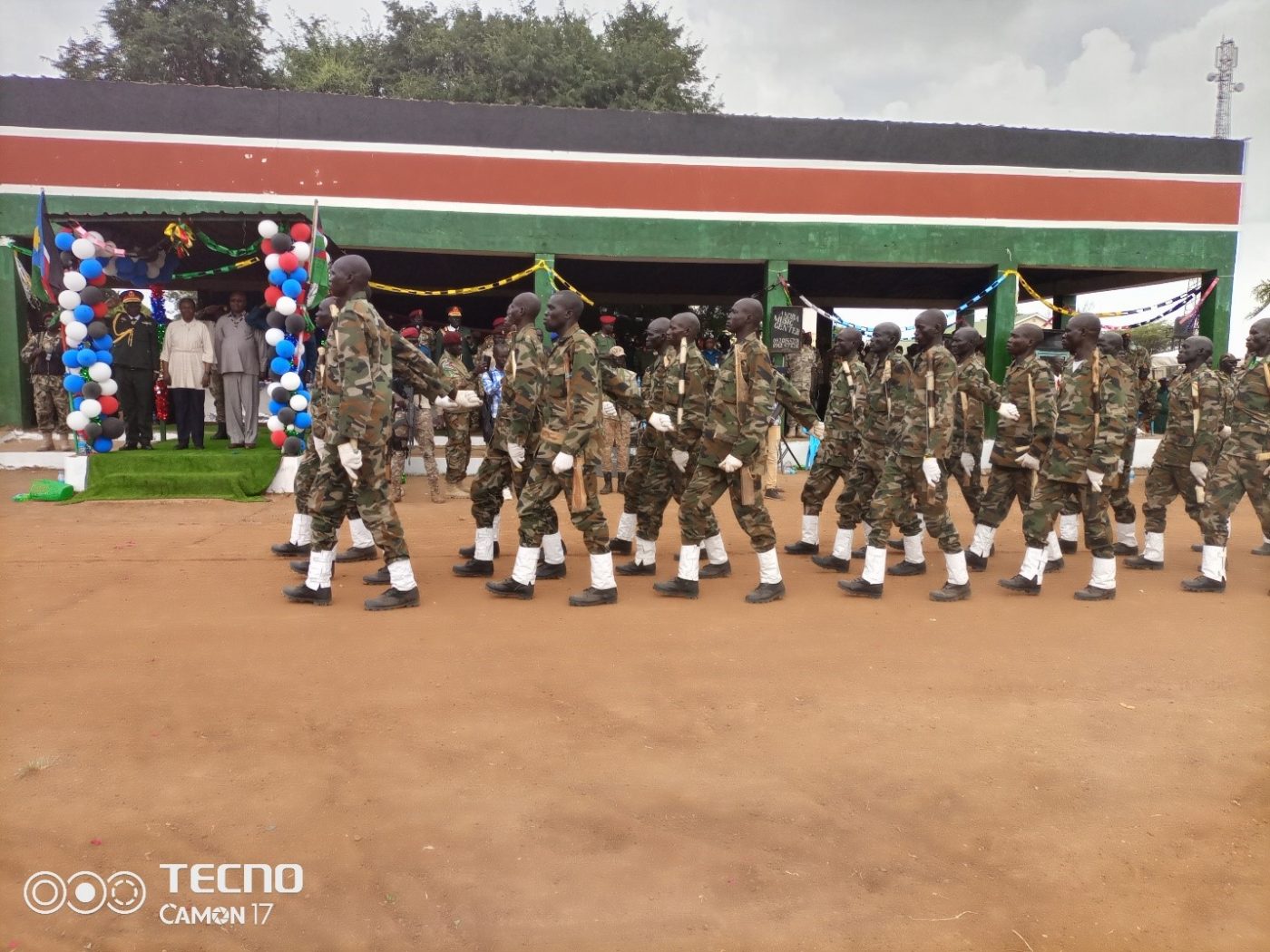 Angelina Teny, South Sudan’s Minister of Defense and Veteran Affairs on Monday during the graduation ceremony requested the fresh graduates to protect lives and properties of civilians, and the territorial integrity of the youngest nation.

The number of soldiers could have been more with 60 trainees dying and others deserting the Owinykibul training center.

Solomon Mahmoud, Minister of Interior called on the forces to prepare for massive civilian disarmament across the country.

“Civilian disarmament is going to be our first priority to stabilize the country, you should all know that. The civilians ought to be with only sticks to take care of their animals but not guns,” Mahmoud said.

Louis Lobong Lojore, Eastern Equatoria state governor advised the soldiers to desist from partisan politics and instead pay allegiance to the nation.

“The suffering of civilians must end through you, and I advise politicians to leave these soldiers alone, don’t interfere with them they have a job to do,” Lobong said

“Politicizing the army is the root causes of all the problems in our country it has to end after this graduation, be a national army with objectives to protect civilians and their properteies,” Wol said.

Under the 2018 revitalized peace agreement, a total of 83,000 forces are supposed to be graduated to take charge of security during the recently extended transitional period that will expire in February 2025.

South Sudan descended into conflict in December 2013 following political dispute between President Salva Kiir and his then deputy Riek Machar.

The conflict that caused split within the army killed tens of thousands and displaced millions both internally and externally.