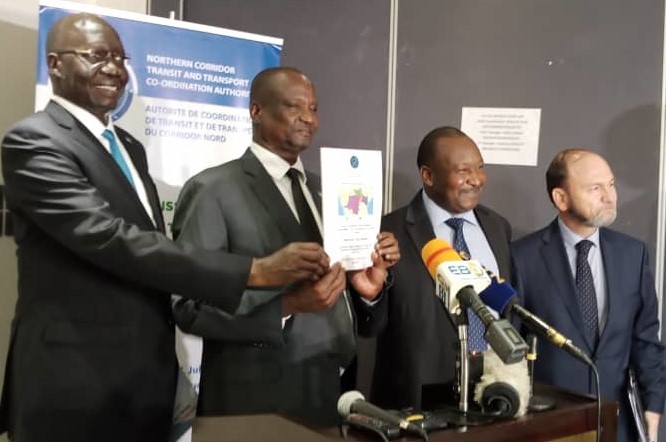 He said they are aiming to build roads connecting to the Port of Djibouti and also the Port of Berbera in Somalia.

Deng who speaking during symposium held in Juba on Wednesday for policy makers, said connectivity to the Horn Africa will reduce dependency on Port Sudan and the Port of Mombasa.

Simon Mijok Mijak, the Minister for Roads and Bridges, said they are working to improve road connectivity between the capital Juba and the 10 states and three administrative areas.

“We used to take 9 hours from Juba to Torit especially during the rainy season, it has reduced to one and half hour, we are still looking for the World Bank to resume her commitment to cover the section from the border with Kenya to Kapoeta, and the Africa Development Bank from Kapoeta to Torit,” Mijak said while commenting the state roads in the country.

“We have been monitoring roads conditions and classifying them per world standards, while you get for Rwanda and Kenya being from good to very good, the roads of South Sudan are at the lowest cate gory,”Nyarandi said.

“The roads in South Sudan are the worst and that is why a lot of emphasis is being made from us in this country to bring them to parity with other members of the northern corridor,” he added.

Northern Corridor is a regional infrastructure body that aims to connect states by road in the Horn and Eastern Africa region.