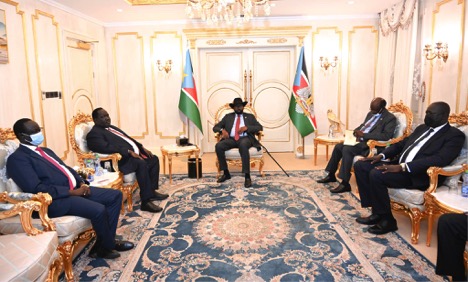 The government of South Sudan and its Ethiopian counterpart have agreed to open immigration and passport offices at the common borders to facilitate the movement of citizens of the two countries, the Presidential Advisor on National Security Affairs Tut Gatluak Manine has announced.

Mr.Tut brought this to limelight after the Thursday meeting of a delegation that he initially led to Ethiopia for matters of bilateral relations in areas of security and regional matters with His Excellency Salva Kirr Mayardit the President of the republic of South Sudan.

The advisor revealed that the meeting in Addis Ababa led to the signing of Memorandum of Understanding on the areas of cooperation in the aspects of security between the two nations.

Without disclosing details on when the passport and immigration offices will be opened, the presidential advisor on national security matters holds it that once opened, it will facilitate the movement of citizens of the partner states.