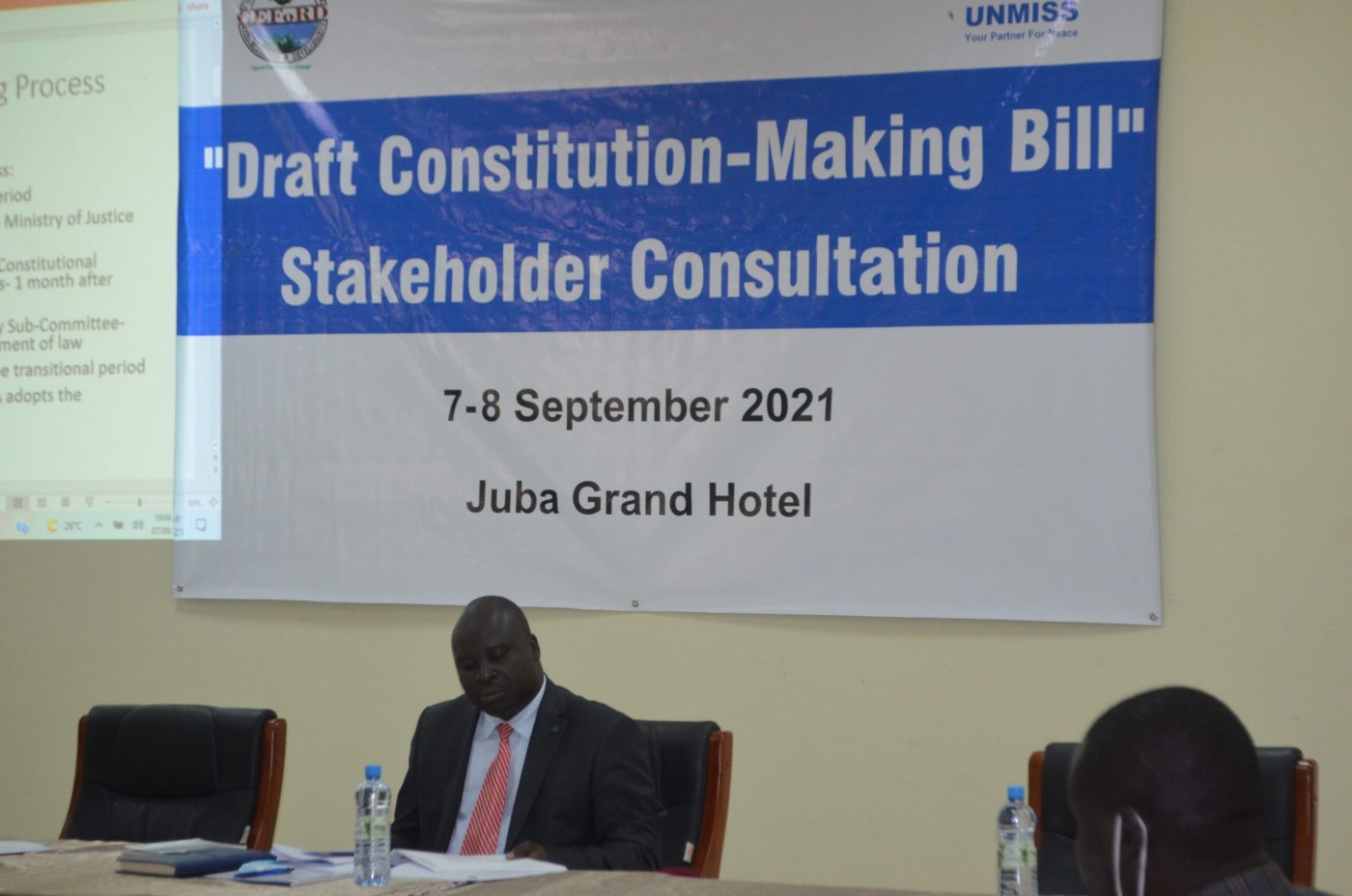 South Sudan has begun consultations towards making a permanent constitution.

Since 2011 when the country got independence from Sudan, the country has been using a transitional constitution incorporated from the former master.

According to Nathaniel Oyet, the Deputy Speaker of the Revitalized Transitional National Legislative Assembly, the constitution making in South Sudan will reach out across the country before being adopted by parliament on conclusion.

“I think it’s much wider and more inclusive and less controlled by the authorities,” Oyet said during the consultation in Juba.

For his part, the former Minister of Federal Affairs, Dr. Richard K Mulla said the final decisions for final constitutions will be decided by over 1,000 South Sudanese who will be present during the national constitution conference.

“The decision of the national constitution conference which is made up of 1000 people will be the real decision that will be binding on the people of South Sudan because it is at that level that deliberation will take place at nationwide level and the decision will be by either two third (2/3) majority of those present or it will be by consensus of the national constitution conference,” Dr. Mulla said.

After independence in July 2011, the government of the Republic of South Sudan initiated a permanent constitution making process led by the National Constitutional Review Commission which was interrupted by the outbreak of conflict in December 2013.

A critical element of governance reforms stipulated in the pact to resolve that crisis is the process of making a permanent constitution.