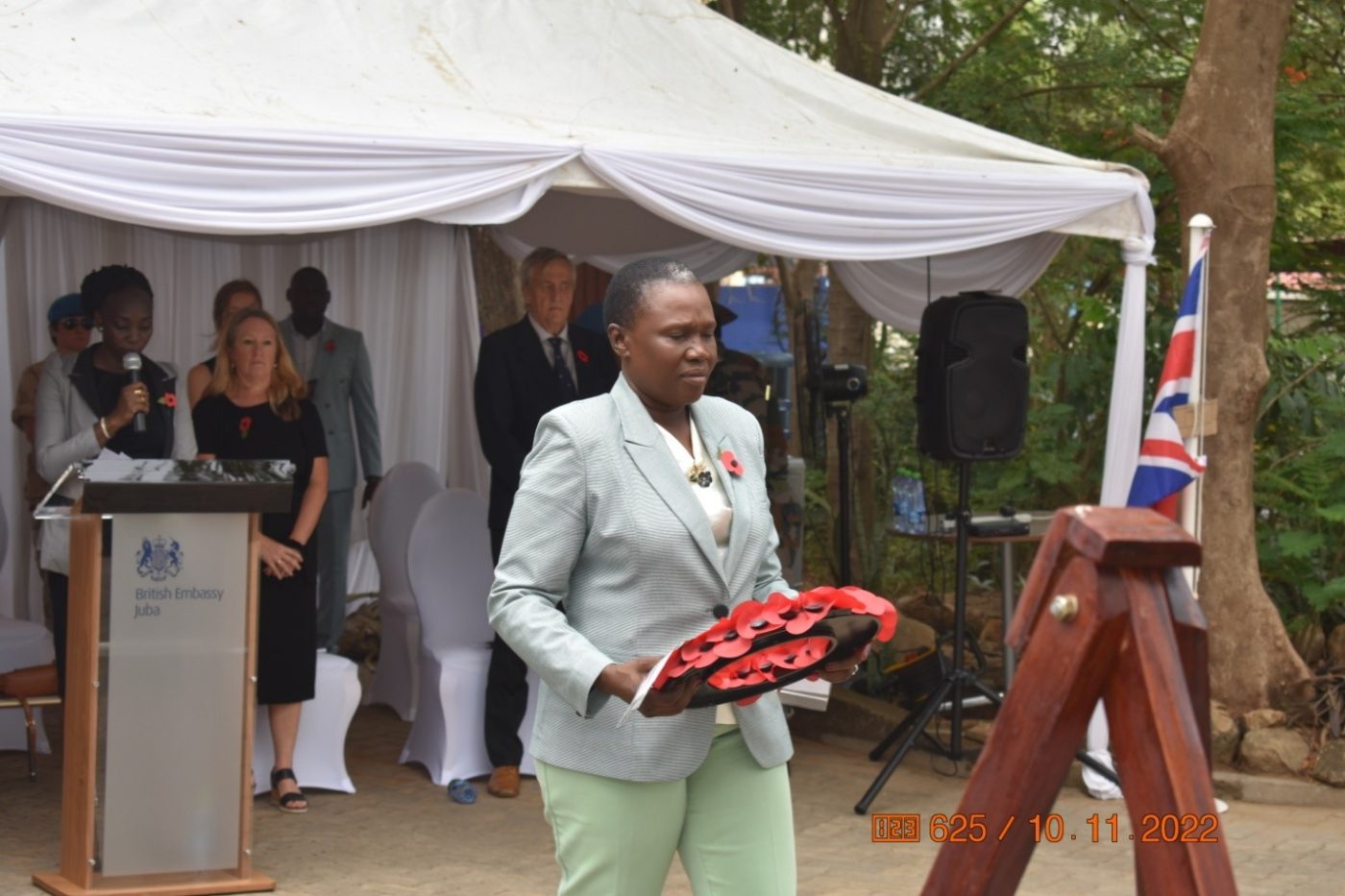 South Sudan joined the rest of the world in marking the annual Remembrance Day Memorial Service in memory of the sacrifices of veterans who were part of the 1914-1918 world wars.

Angelina Teny, Minister of Defense and Veteran Affairs, said the day is meant to remember those who died for their country and in defense of freedom in the world wars.

“This is a very important day not only to the people of the UK, the commonwealth but as we all know the First World War and Second World War, the whole world was almost involved and so we can take this as remembrance for those who contributed and participated,” Teny said during service of remembrance day held at British Embassy in Juba on Friday.

The celebration was marked by prayer and the laying of wreaths at the British Embassy in Juba on Friday.

Remembrance Day is a memorial day observed in Commonwealth of Nations countries since the end of the First World War to remember the members of their armed forces who have died in the line of duty.

Teny said that she was delighted to be part of those observing the special day for fallen heroes.

“For us in South Sudan, of course by that time we were part of the British Empire, and as such this is also of importance because we lost men and women during Second World War,” she said.

“As a young nation, we also take this day as a very important day because this is a reminder of the contribution of history,” added Teny.

Gill Lever, Deputy Head of Mission of the British Embassy in South Sudan paid tribute to United Nations peacekeepers for restoring peace in the country.

“I also want to pay tribute to men and women of all nationalities for their military or civilians’ contribution, and to the UN Mission in South Sudan and UN Interim Security for Abyei for serving a course of peace in South Sudan,” said Lever.