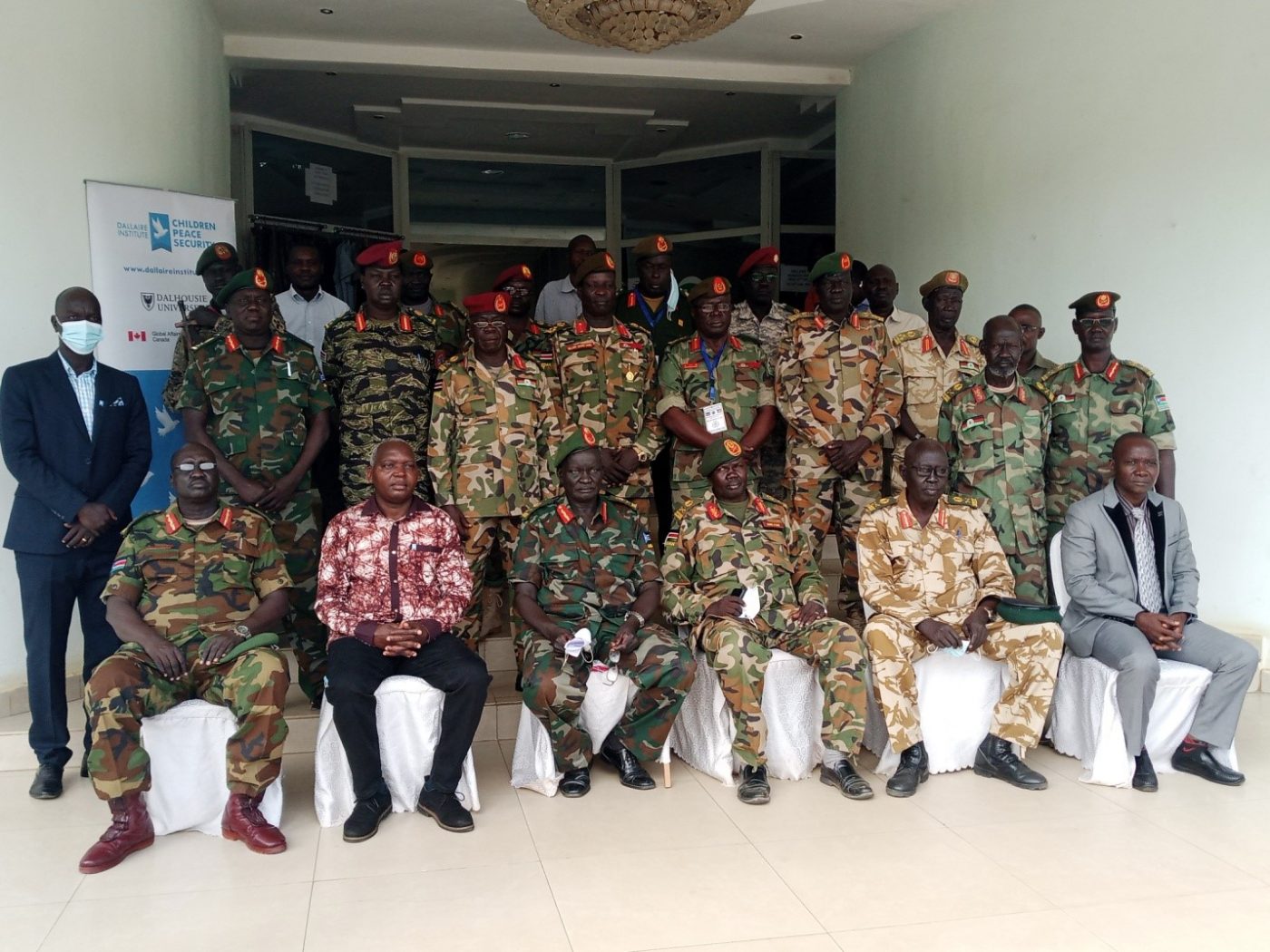 South Sudan People’s Defense Force and armed opposition groups have signed an agreement to end all forms of violations against children, as they seek to be delisted from the global list of grave violators against children.

“We have signed a Comprehensive Action Plan which covered the six grave violations and the parties which signed the peace agreement were part of the development of this action plan,” Maj. Gen. Chaplain Khamis Edward told journalists in Juba on Monday, noting that the deal was reached between the SSPDF and the Sudan People’s Liberation Army-in opposition (SPLA-IO).

A United Nations report in January revealed that more than 700 grave violations were committed against children across the country with the worsts incidences in the Central Equatoria State.

Edward disclosed that the signing of the CPA demonstrates renewed commitment of the forces to free up child soldiers.

“When we finish the implementation of the action plan we will ensure that children are no longer in our forces and we will start the process of delisting the names of the SSPDF and SPLA-IO,” said Edward.

Col. Lam Paul Gabriel, SPLA-IO Deputy Spokesperson revealed that the 2018 revitalized peace agreement has put in place bodies that are supposed to deal with child protection and demobilization.

“We have DDR Commission and Child Protection Units which are working hard to demobilize child soldiers. Their role is to ensure that child soldiers in cantonment and training centers are demobilized,” said Gabriel.

South Sudan descended into conflict in December 2013, following political dispute between President Salva Kiir and his then deputy Riek Machar, causing a split in the army with soldiers loyal to the two leaders fighting each other.

Thousands of child soldiers were then recruited to fight in the war, according to several UN reports.