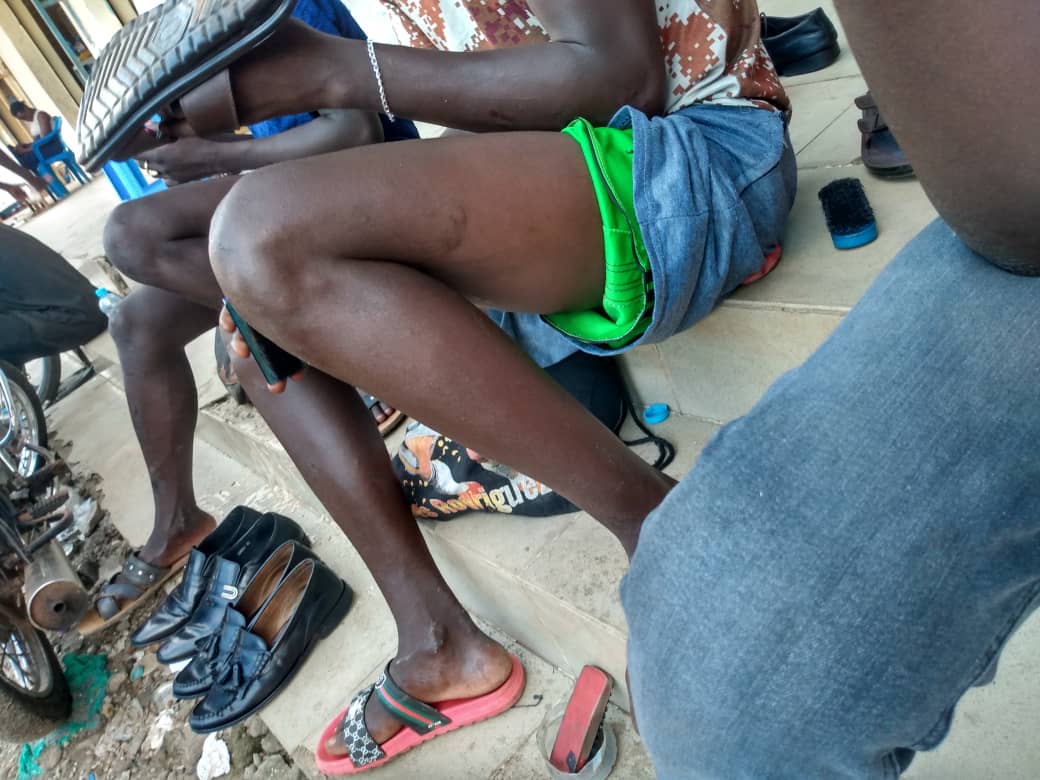 It’s an odd-looking job mostly done by children in their teens but shoe-shining is providing thousands of poor families a meal every day in South Sudan’s capital Juba.

In a country brought down to its knees by a devastating crisis, livelihoods have been destroyed leaving people unable to fend for themselves.

John Nyamara (names changed) is a 16-year-old shoeshine in the capital who says he has become the breadwinner for his family in the last three years.

“I am able to provide food to my family,” Nyamara who arrived in Juba with his mother in 2016 escaping violence in his home area of Kapoeta, told Juba Echo in an interview.

Like him, scores of children leave their homes every morning to scale the streets, business centers and offices looking for people needing a shoe shine.

Most are orphans living with relatives, single parents or on their own, forced to live that way by crises in the country.

The latest of the crises, which began in late 2013 left 400, 000 people dead, displaced four million others and stunted the economic development of South Sudan.

In the capital Juba, people fled the Equatoria region after an escalation of the crisis in 2016.

Most arrived in the city empty-ended.

Some children even arrived unaccompanied and had to seek quick means of survival, the same with families which arrived empty-handed.

Shoe-shining appealed to them and many aren’t interested even in school, and in any case, cannot afford fees.

“I will not accept to go to school even if you pay may school because my people back home do not want me to go to school,” 17-year-old Simon Ewot (names changed) who hails from Torit told Juba Echo.

Like Nyamara, Ewot said filling the belly of his family of six siblings and mother relies on his work.

“Nobody is bringing food on the table that why I took the role to provide,” Ewot told Juba Echo.

“If I do not shine shoes, we will all go hungry that day.”