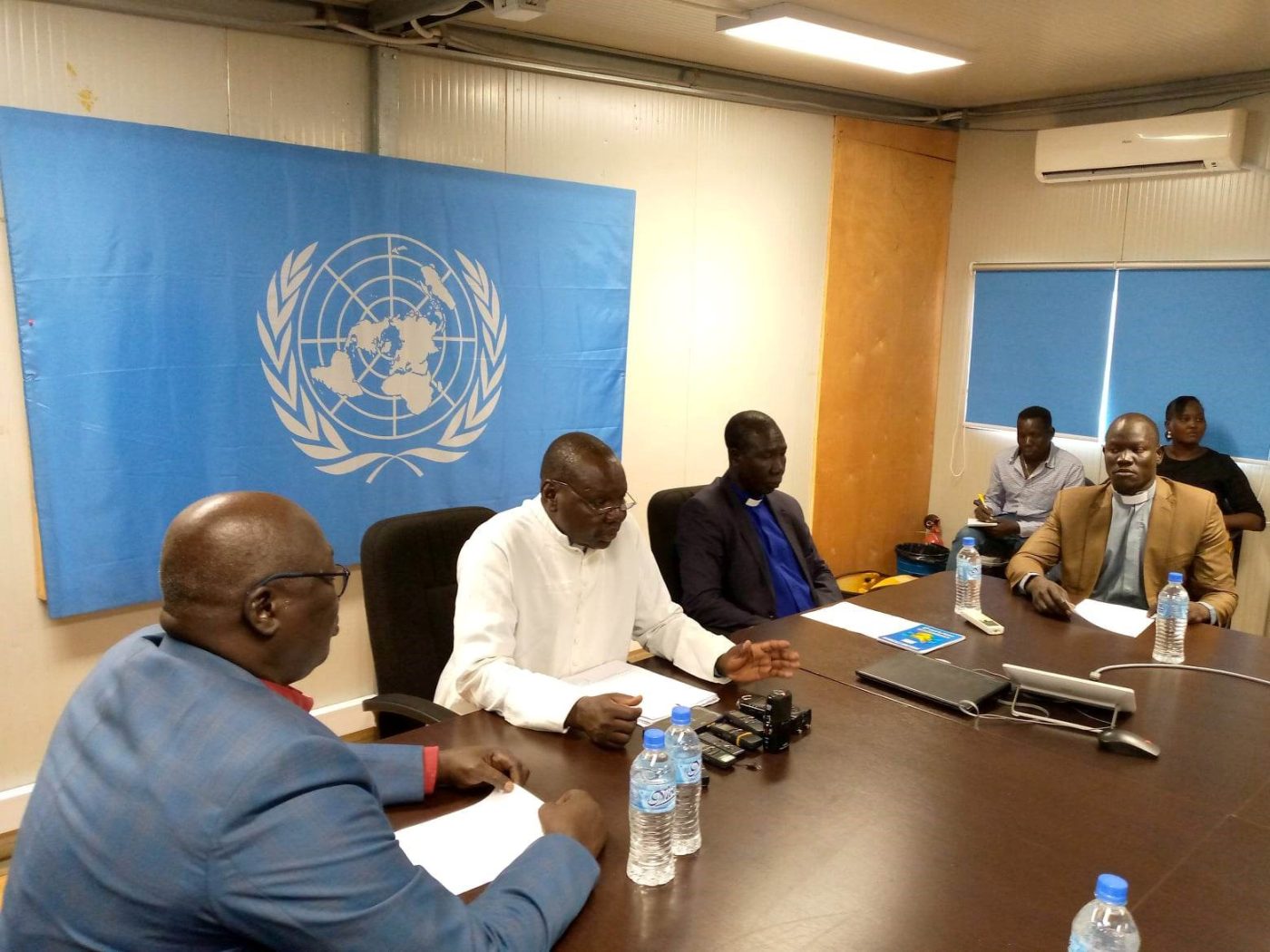 Faith-based leaders on Thursday joined other voices calling for cessation of hostilities in Upper Nile State where months of fighting among communities backed by armed militia have displaced thousands.

Fr. Paolino Tipo Deng, a Comboni missionary priest and chairman of Upper Nile Initiative for Peace and Reconciliation urged warring parties to embrace peace and dialogue in a bid to restore stability.

“We condemn and reject such senseless and unnecessary war among people of one nation who are supposed to be living in peace and harmony, collaborating together for their good. We urge the warring parties to a ceasefire and stop blood-shedding,” Fr. Deng told journalists during press conference held at the United Nations Mission in South Sudan headquarters in Juba.

The conflict later on dragged in members of the Nuer and Shiluk community. The major root cause of the conflict between the two communities is over land.

Fr. Deng called on the government to intervene and stop the ongoing conflict which has resulted in the deaths of several civilians and the displacement of thousands of their homelands.

“We call on the President, First Vice President, and all peace partners to take immediate action to stop the fighting and open up their hearts in a sincere dialogue to address the root causes of this conflict,” said Deng.

Other atrocities committed during the fighting include, abduction of women and children and the destruction of properties and livelihoods.

There were also reports of incidences of gender-based violence.

President Salva Kiir during the closure of the National Liberation Council meeting of his SPLM party directed Gen. Santino Deng Wol the Chief of Defense Forces of the South Sudan People’s Defense Force (SSPDF) to deploy troops in Upper Nile.

The Upper Nile Religious Initiative for Peace and Reconciliation is a coalition of various churches.