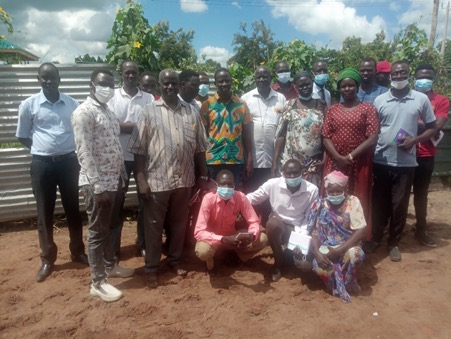 The interdenominational groups in South Sudan have embarked on “interfaith exchange visit” meant for learning and experience sharing among different faith-based actors.

The event conducted by Christian Agency for Peace and Development (CAPaD) in partnership with Faith to Action Network (F2A) in Nairobi is expected to promote women’s rights and participation in the faith perspectives.

“It is going to create peaceful coexistence among different interfaith in South Sudan. It will also allow faith groups to work together as the members of the society,” said Peter Malir Biar, the Executive Director of the organization.

“We need to embrace our society though we belong to different denominations in a bid to boost local capacities and promote women’s rights in the churches,” he added.

The program attracted about 50 church leaders, youth groups and women in the key decision-making positions.

Mr. Malir said it was high time to establish interfaith platform that promote peace and harmony among different interfaith.

“We are trying to champion a working team. So, this is the beginning of establishing it to empower women in the mosques and churches,” he said.

Pastor Andrew Mayen, a pastor in charge of Presbyterian Church revealed that the initiative would open the believers’ minds to realize equality across different faith institutions.

“It will open the minds of all believers in various faith-based institutions. Equality will be championed as well, so we appreciate the opportunity and we wish to work together,” he said.

The church official affirmed that the program was good and it would impact the worshipers though his Church’s Constitution stipulates for equality in all for all.

David Henry Ali, an Evangelist based with the Seventh Day Adventist in Terekeka said the program would enable the faith actors to give rights to the women, as well as gender equality.

“So, the next move is that believers need to be educated, because different faith organizations have taken cultural backgrounds to the faith institutions which is actually affecting us,” he said.

“So, whenever the group is educated, they would automatically understand the right of the women and embark on advocacy,” he said.

Ali said it was high time the faith actors talk to the various congregations and leaders in order to build strong faith families.

The event was hosted by Presbyterian Church of South Sudan in Juba.