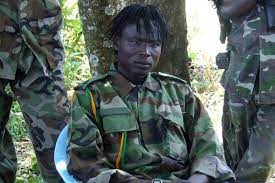 South Sudan’s new parliament reconstituted by President Salva Kiir has been told to regain public trust lost by its predecessors.

In the public view, past parliaments have been rubber stamps which simply nods to anything the government of South Sudan wants.

In a decree announced on South Sudan Broadcasting Corporation on May 10, the TNLA was expanded from 400 to 550 members comprising representatives from the peace parties.

The MPs of the new National Legislative Assembly and Council of States must play “influential role for making the society regain trust and confidence for peaceful transitioning of the country from violence to peace,” Edmund Yakani, the Executive Director for Community Empowerment for Progress Organization said in an emailed statement, May 11.

“They should focus on working as a national parliament than investing on raising political frictions among themselves as political parties,” Yakani said.

“They should priorities funds for social service delivery to the citizens more than demanding high payment of salary.”

The reconstitution of the parliament is billed as a huge step forward in the implementation of the peace deal to end a brutal conflict in the oil-rich country which left 400,000 people dead and displaced for million others. Oil output was slashed leading to an economic chaos which the country is struggling to overturn.

South Sudan reached a record peace deal in September 2018 which demanded that former rebels and opposition groups be included in a Transitional National Legislative Assembly (TNLA) and the Council of States which will run for three years led by Kiir and former rebel leader turned First Vice President Dr. Riek Machar.