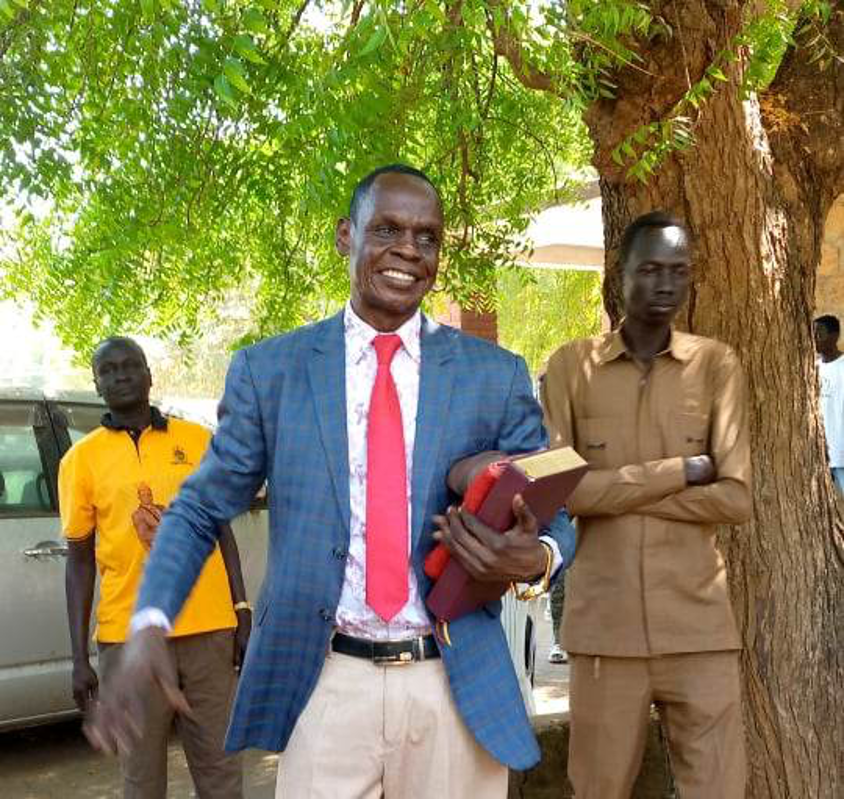 Self- proclaimed Prophet Abraham Chol, 55 of Kush International Ministries was on Tuesday found guilty by a special court which sentenced him to serve three-years in prison for uttering statements in 2021 that disturbed the peace of President Salva Kiir.

The presiding Judge Samia Mohamed while reading the verdict in Juba said Chol violated sections 72 and 202 of the South Sudan Penal Code Act 2008, when he declared before his congregation that both President Kiir and his First Vice President would be ousted from power before Independence Day of that year.

Chol who was arrested by security in the wake of his utterances in July 2021 will serve three-years under section 202 and three months under section 72 concurrently.

He was also told to pay fine of 500,000 South Sudanese Pounds or face three months in jail.

Johnson Mayik, Chol’s lead defense lawyer expressed his dissatisfaction with the judgment and vowed to file an appeal for his client.

“We as defense lawyers, we are going to appeal this judgment because we feel it is not a fair judgment,” he said.

“We are not satisfied with this judgment, it is fragmental and it has not been put in a form that is needed by the law,” added Mayik.

In his comments to journalists, Chol remained defiant throwing more salvo at President Kiir who he sarcastically called “not fit” to continue leading the country, adding that he needs to pave way for  a younger leader.

He also vowed to continue speaking out for leadership change.

“We call it a new beginning, we love this country, we love our President and we love our nation but change needs a price,” said Chol.

However, Chol’s cousin Achuoth Philip Deng said the verdict was “quite shallow.”

“Today’s judgment, the way we look at it and the way we welcome it as family it is quite shallow. You can’t charge him for insulting the President while he was talking to his God,” said Deng.

“His God gave him the message to deliver to the President and you call it an insult. He didn’t call the President stupid or call him a useless man, he said “exile” and that was the message he said he got from God,” added an infuriated Deng.

Chol had initially been charged with subverting a constitutional government and causing disaffection among security forces.

Other charges included publishing or communicating false statements that are prejudicial to South Sudan, and undermining the authority of or insulting the President.