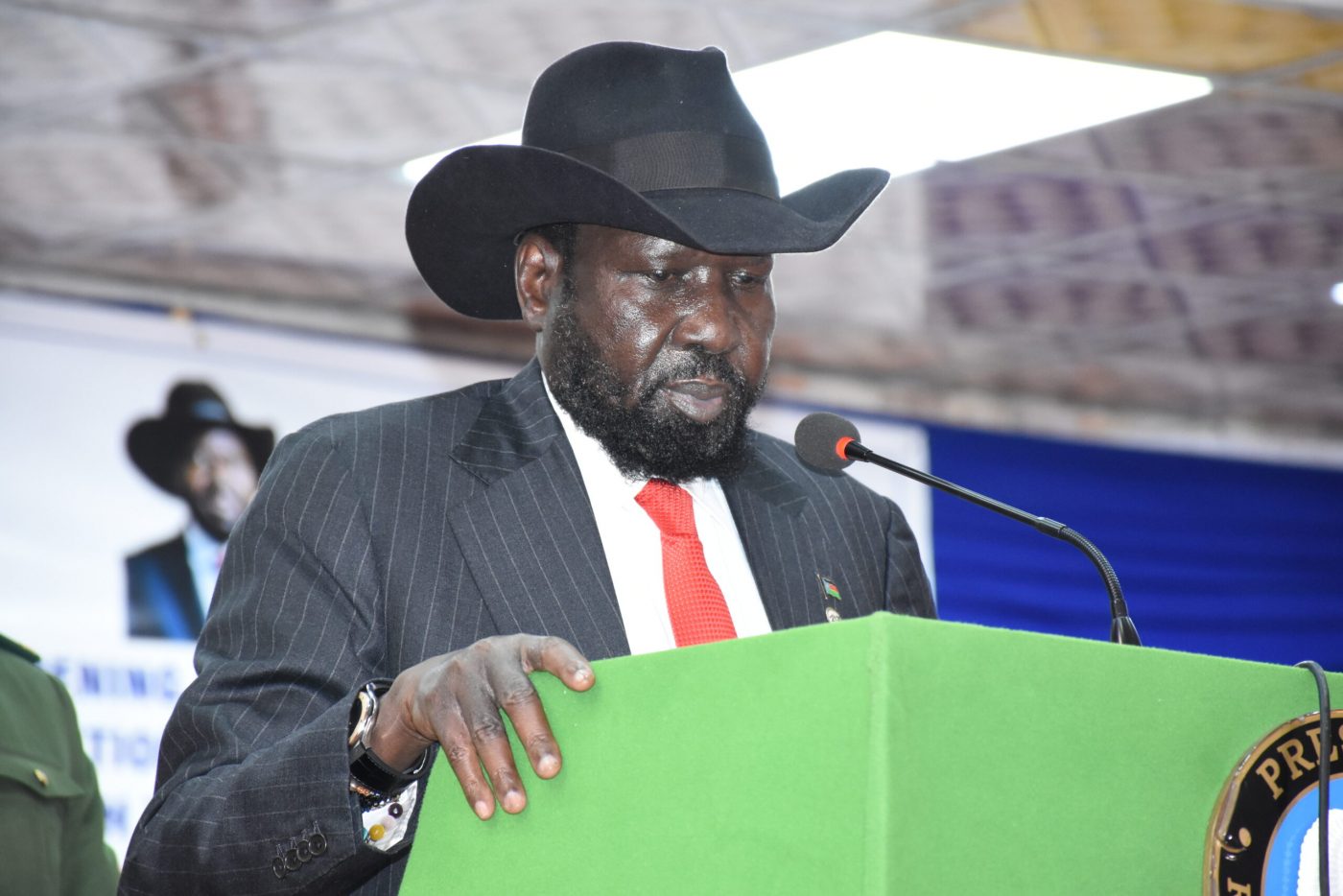 President Salva Kiir has called on the United Nations and development partners to support the country to transition from conflict towards sustainable peace and development.

He made these remarks on Tuesday in Juba during the opening of the 6th Governor Forum also being attended by leaders of the three Administrative Areas.

“The road which will be the subject of your discussion in the coming days was only developed by the parties to agreement, and it’s encouraging to see United Nation system and other parties joining hands with us in this forum to explore ways of   fast-tracking its implementation,” said Kiir during his address at Freedom Hall.

“The task of reconciling the people, rebuilding destroyed communities and transitioning our people out of conflict cycle need resources, we can’t do this thing alone we need our partners to support us, with this 6th Governor’s Forum   I hope we have now learned a key lesson that in a post-conflict, a conflict situation things move faster when they are resolved jointly,” he added.

Kiir acknowledged the support that has been extended to his government by the United Nations Development Programme (UNDP) towards implementation of the 2018 revitalized peace agreement.

First Vice President Riek Machar Teny, expressed confidence following the graduation of the first phase of unified forces, saying that security is most likely to improve.

“We have graduated the forces in phase one, we are confident the country will be secure once these forces are deployed,” Machar said.

Nearly 50,000 security forces have so far been graduated from different parts of the country, but they are yet to be deployed.

Nicholas Haysom, Special Representative of the Secretary-General and Head of the United Nations Mission in South Sudan (UNMISS), said that he deeply values the role of Governors in exercising political leadership to promote harmony, unity and peaceful co-existence.

“I also want to recognize an issue of importance to many Governors here today, which is the proliferation of weapons. This has exacerbated conflicts within and between some states, and I join the governors’ calls for an accelerated, national program of peaceful disarmament, demobilization and reintegration,” said Haysom.

“In addressing all these challenges, I want to recognize the successful graduation of the Necessary Unified Forces (NUF) and urge the finalization of deployment plans and a move towards phase two to enable the unified forces to contribute to inter-communal harmony, including in the states. I reiterate the steadfast support of UNMISS to the Transitional Government of National Unity as it carries out its responsibility to protect its civilians in South Sudan,” added Haysom.

He commended the resolutions of the Governors Forum of 2021 and urged them to implement these resolutions to advance the interests of governance, peace, and security.

Haysom also hailed the creation of a dedicated Secretariat to expedite the fulfillment of the resolutions from these forums.