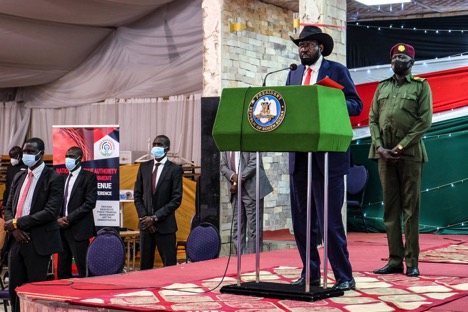 South Sudan’s President Salva Kiir Mayardit has formed a committee headed by his security advisor, Tut Gatluak to negotiate with Sudanese government to find amicable solution for Abyei which is located at the border between the two countries and is claimed by both Juba and Khartoum.

The committee which was formed through Presidential decree read on state-owned South Sudan Broadcasting Corporation (SSBC) on Monday evening is tasked to dialogue and expedite negotiations with the Republic of Sudan aimed at reaching a final solution on the status of Abyei.

The committee is also tasked to implement solutions that reflect the spirit of the 2005 Comprehensive Peace Agreement (CPA) on the final status of Abyei and report the progress of the negotiation undertaken by the committee to the President Kiir on monthly basis.

Abyei area covers about 4,000 square miles of desert, farmland, and oil fields located along the ill-defined border between Sudan and South Sudan. Abyei is claimed by both countries.

Both sides agreed to allow United Nations Interim Forces for Abyei (UNISFA) seen as a neutral force to be deployed in the area to try and deter inter-communal fighting. UNISFA was deployed in 2011 as the two Sudans try to reach a final agreement on the status of the area.