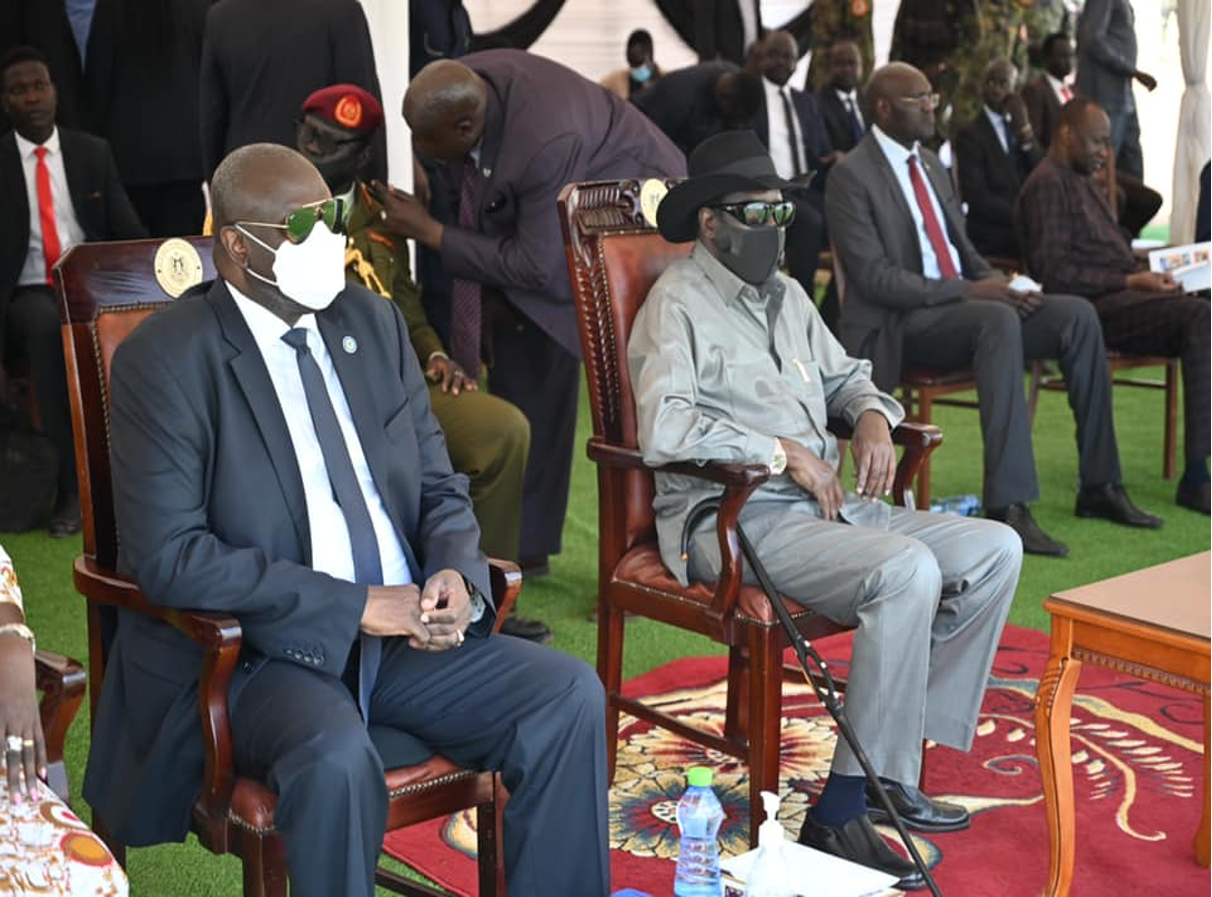 President Salva Kiir on Saturday described late General John Kong Nyuon as a selfless freedom fighter who dedicated his life to the liberation of South Sudanese against marginalization and injustices committed by successive Sudanese regimes.

Kiir said these remarks during funeral prayers for the deceased held at Medan Simba ground in Juba.

The funeral prayers for the former Minister of Defense who died in Nairobi on 26 December 2022 was attended by several senior government officials including, the First Vice President Riek Machar and Vice President for Economic Cluster James Wani Igga.

The President said that Kong was a principled man who did not only shun tribal politics, but also believed in unity in diversity and peaceful coexistence among the people of South Sudan.

Kong was one of the founding members of Sudan People’s Liberation Movement/Army (SPLM/A) which h waged liberation war against Sudan paving way for independence of South Sudan in 2011.

In 1964, Kong joined Anyanya one and served in different garrisons.

He was assigned Commander of 105 and 104 Battalion under the overall command of Lt. Col. William Nyuon Bany.

In 1987, late Koang was promoted to the rank of Alternate Commander (A/CDR), newly created SPLA ranking structure by then in the movement and in the same year, he was appointed Deputy Commander of Shakush Battalion under Zonal command of Commander James Wani Igga.

In 1992 he was the overall commander of Operation Jungle Storm (OJS)-Juba operation, and in 1993 he was appointed member of Leadership Council and also as Commander of Independent Area Command of Yei and Kajo Keji.

After the signing of the Comprehensive Peace Agreement (CPA) in 2005, Kong served as a Presidential Security Advisor in 2007 and also as Minister of Defense and Veteran Affairs after independence in 2011.

He also served as Governor of Jonglei State in 2013.