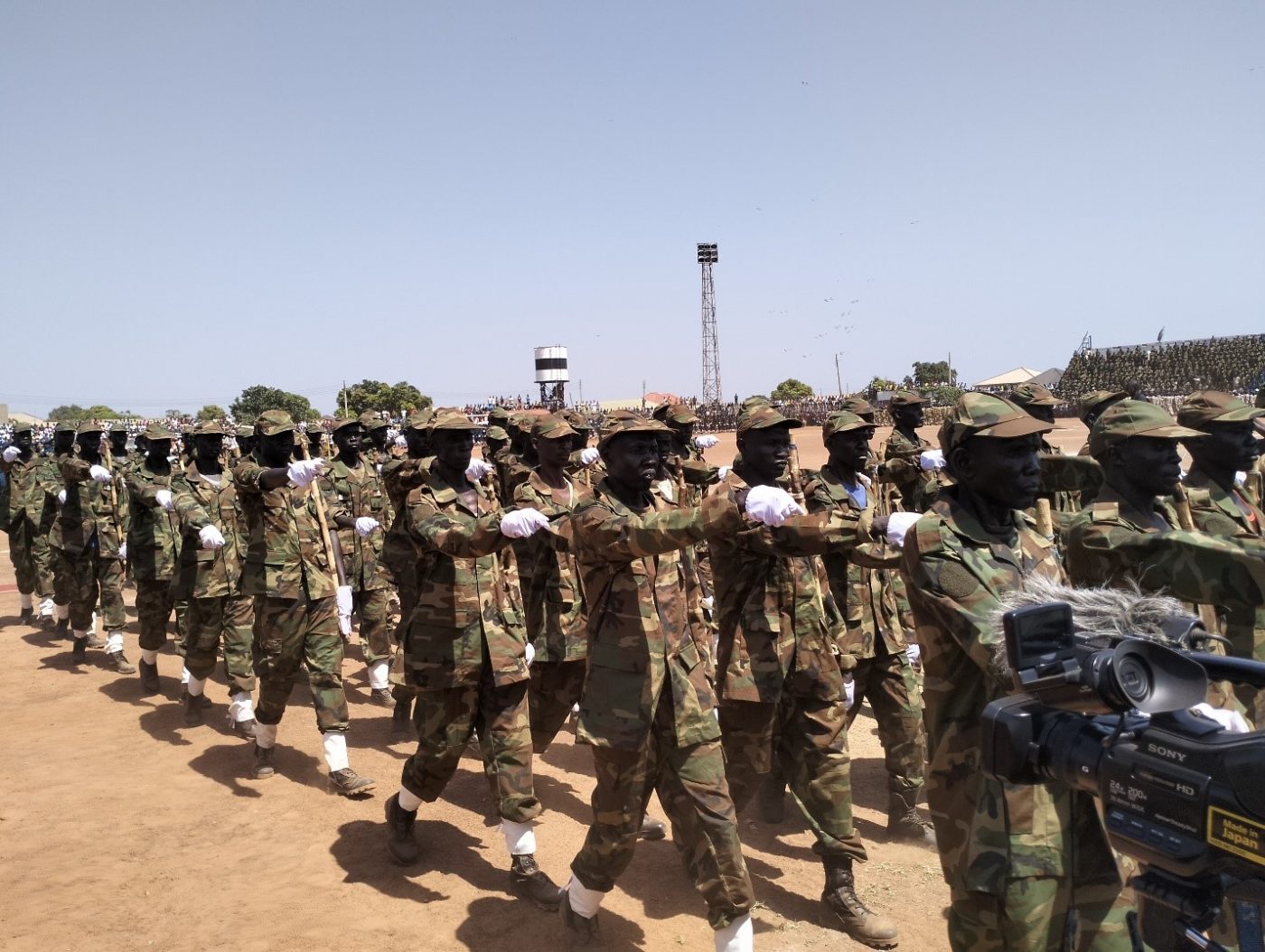 President Salva Kiir Mayardit has  instructed the military leadership to streamline deployment of the necessary unified forces from the training centers.

“The parties to the Agreement signed the Roadmap 2022 in September this year. This document was negotiated by the parties themselves without external direction that alone was itself an achievement. Along with this political process, we expect the military leadership to complement it by working on, streamlining deployment of the necessary unified forces, commencing phase II of the training of the remaining unified forces and building on the success already made in the process of the unification,”  said Kiir.

He was speaking on Thursday during the opening of the 8th Command Council Conference of the South Sudan People’s Defense Force (SSPDF).

President Kiir called on the organized forces to defend the country from internal and external aggression, noting that the country is being derailed by inter and intra communal violence.

“While your key mandate is the defense of South Sudan’s territory, its people and their properties, we are today faced by security threats of different forms. We have inter and intra communal violence, cattle rustling, road ambushes and urban violence. All these pose serious security threats to our people. And they require you in military leadership to be on state of operational readiness to assist other organized forces tackled this when called upon,” he said.

The President also touched on administrative challenges and health issues facing the SSPDF, pledging to support soldiers who are facing health and medical conditions.

The command council is to deliberate on a number of strategic objectives, including reviewing the progress in the implementation of the security arrangements as well as recommending the SSPDF transition into a professional and conventional defense institution.

The Command Council also discussed the operationalization and progress in the SSPDF legal framework while evaluating the SSPDF implementation of the resolutions and recommendations of its previous Command Council conferences.