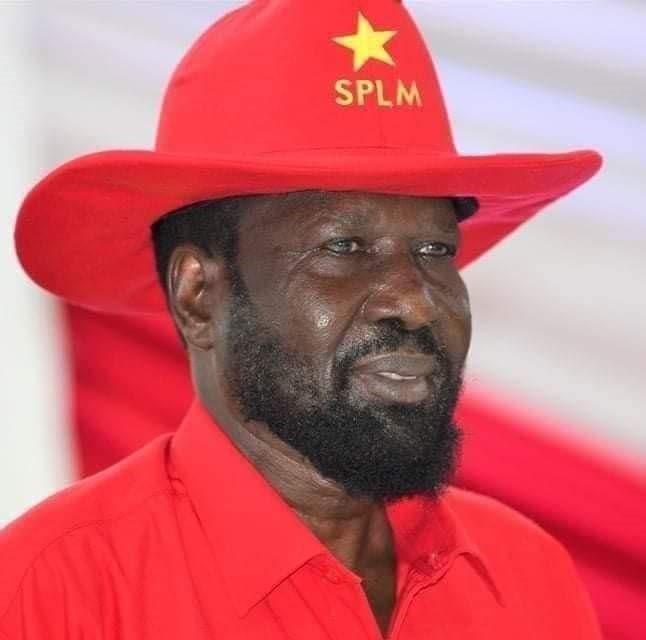 President Salva Kiir on Tuesday accepted his party’s endorsement for the upcoming election in 2024.

This came during the closing of the week-long Sudan People’s Liberation Movement (SPLM) National Liberation Council meeting held at Freedom Hall in Juba.

“Thank you all very much for standing firmly behind me, James Wani Igga, the first deputy chairman, Daniel Awet Akot, the second deputy and Kuol Manyang Juuk the deputy, all the three members are the three who were with me throughout the struggle, we passed through difficult situation but we came out and stood together, I accept your nomination,” said Kiir amid loud ululation from party faithful.

“I am humbled and honored by your decision to nominate me for these two important tasks that is to be the only sole candidate in the forthcoming convention, and become also the flag bearer for the SPLM party in the general election,” he added.

Kiir said he will never fail the SPLM party after members thwarted attempts to block his candidature in the election scheduled for 2024 at the end of the extended transitional period.

“I hope I will not fail you but I have never failed you before, I believe that we will fight together whatever battles that are coming and we have witnessed some of the battles, one of them is that I should not contest the coming election and that I should be isolated by the SPLM,” he said.

The NLC members recently added more 18 members to the existing 17 in the SPLM political bureau the highest decision making organ of the party.

Some political watchers have interpreted the changes as purging renegades such as First Vice President Riek Machar and estranged former Secretary General of the SPLM Pagan Amum.

Machar walked away from the mainstream SPLM in December 2013 following bitter disagreement during the NLC meeting at Nyakuron cultural center.

The political disagreement caused split within the army (SPLA) leading to soldiers loyal to the respective leaders to fight.