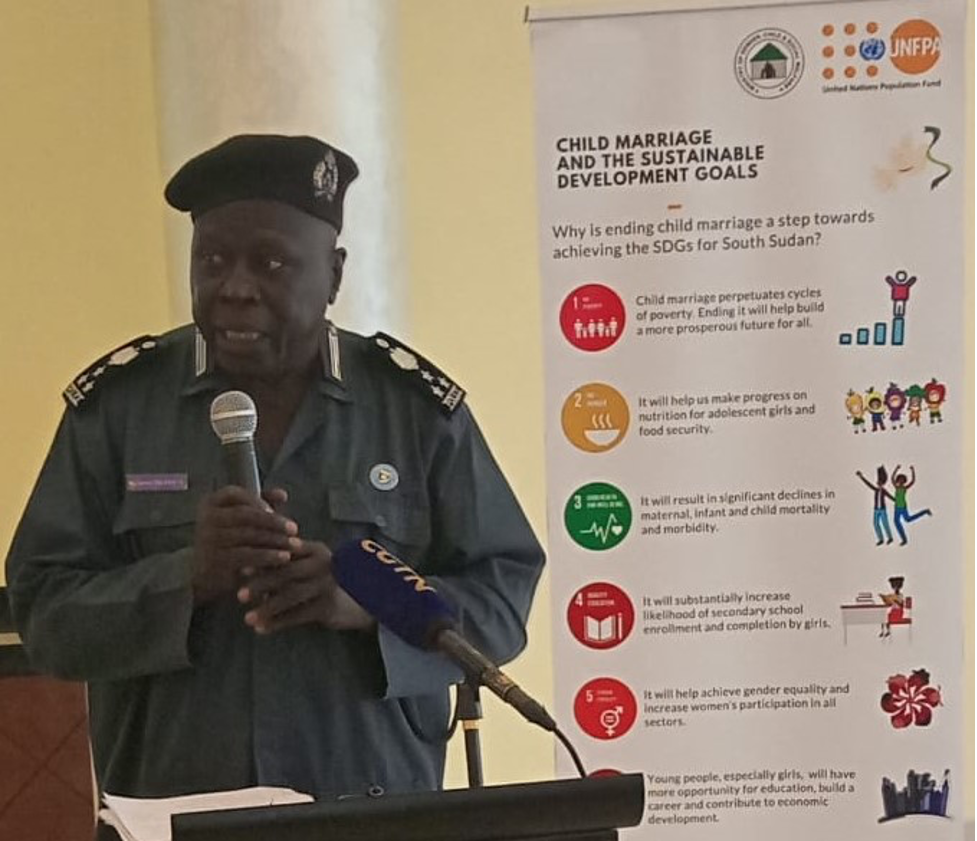 The national police have established women desk to handle cases of gender- based violence (GBV).

This was revealed on Tuesday by James Dak Karlo the deputy spokesman for the national police services during workshop for security agencies and journalists at Imperial Hotel in Juba.

“In our institution now we have established women desk, so that they disseminate information on ending gender -based violence,” he said.

Karlo said that 8 facilities for the special protection unit have been developed by the United Nations Development Program (UNDP) within Juba.

He disclosed the special protection units are charged with investigating cases to do with conflict- related gender- based violence and domestic violence.

“Our people shy away from reporting on GBV because of cultural taboos and norms, but we have to eradicate them, our mindset has to change, and our attitude has to change,” said Karlo.

Oyet Patrick, the President for the Union of journalists of South Sudan (UJOSS) called for cooperation between the media and security agencies.

Ademola Olajide, the Country Representative for the United Nations Population Fund (UNFPA), said the promotion of women rights requires broad- based partnership. “It is therefore very important to achieve national goals that will create an opportunity where both gender can thrive, where both men and women can equally contribute to the national productivity,” said Olajide.