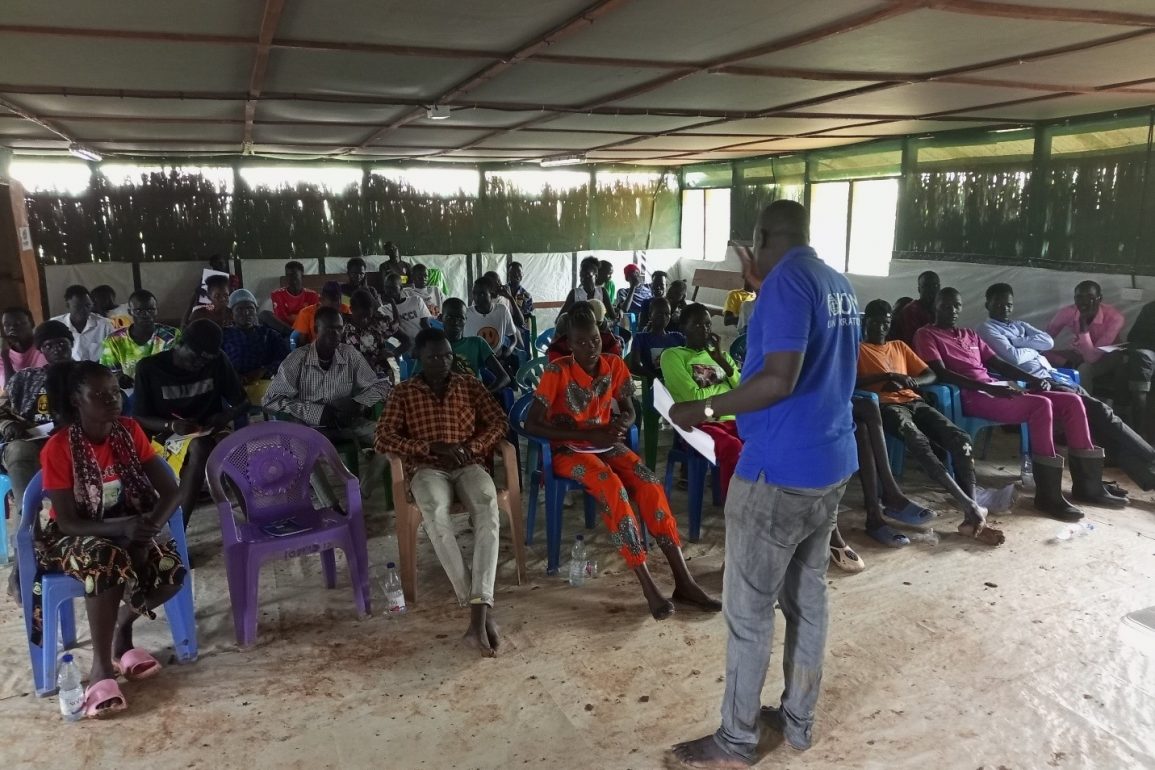 International Organization for Migration (IOM) together with, UNDP and Danish Refugee Council (DRC) have begun a seminar  on conflict resolution with over 100 groups of gangs who have been fighting each other since 2020 in Bentiu.

The Gangs dialogue organized to create peaceful co-existence and social cohesion in the former Bentiu PoC aimed at persuading youths involved in gang violence to take life-changing activities such as education, business, and sport was attended by police commanders, community leaders and intellectuals.

“This dialogue will last for a week and our goal is to eliminate violence among different gang groups, these youths are always fighting for minor reasons, we found that its lack of employment created by South Sudan crisis.” Mr. Thudan told Juba Echo in an interview.

He said the dialogue will create a friendly youth forum to discuss matters of development, life, social, economic, and educational growth.

A 19-years old girl who joined a gang group known as Supper Gang group Ms. Nyakuoth Diew Chuol said she decided to join the gang group when her parents failed to pay her school fees due to economic crisis in the country.

“I joined a gang group because I have no money to pay my school fees and if I get the opportunity, I can leave this gang group and continue with my education” Nyakuoth said.

Meanwhile Bentiu Nuer general Gang group representative Mr. Kadafi Latjor said that its lack of what to do that forced them in to joining different groups of gang.

“We are tired of being detained by policemen and we request peace partners and humanitarian partners to support us by delivering life skills training and employment opportunities,” Latjor added.

Bentiu IDPs camp Area commander for joint police Lt Col David Matut Both confirmed that more than 11groups of gang have lost their lives because of meaningless fighting.

He said that its lack of family support and unemployment which are coercing the different groups of gang to fight among themselves.

“We have so far arrested more than 50 gang members from various groups and i think they are tired of being arrested, they have agreed to resolve their matters amicably and I hope this dialogue will calm them and reduce violence in the camp” Lt Col David Matut Both told Juba Echo.