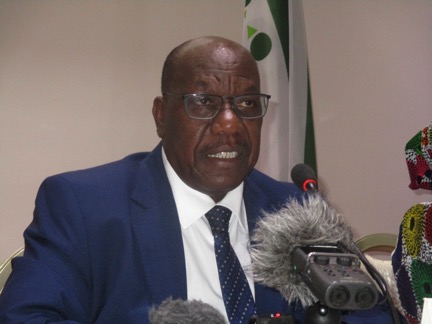 South Sudan’s peace monitor has called on political parties in the country to strive and break the deadlock over the ratio of the unified command structures essential for overseeing the graduation of Necessary Unified Forces.

The parties are yet to reach a deal on the ratio of the unified command structure, making it difficult to appoint nominees for the key positions at the highest level of the defense and security services.

Gen. Charles Tai Gituai, Interim Chairperson of the Joint Monitoring Evaluation Commission (JMEC) said the parties should resolve the issue in a bid to pave a way for the graduation of the unified forces.

“I appeal to the parties to urgently resolve the issue of the ratio of the unified forces and the unified command structure of the Necessary Unified Forces,” he said while speaking at the 18th R-JMEC monthly meeting on Thursday in Juba.

Gen. Tai further stressed a need for the parties to continue dialogue, trust, and confidence-building among themselves to resolve other outstanding issues on security arrangement, unresolved issues and political will.

“I also urge the RTGONU, in a spirit of addressing the insecurity in the country to complete the unification of forces and the transitional security arrangement and establish the state security committee across the country,” he stated.

But the Revitalized Transitional Government of National Unity formed in February 2020 has in the past months continued to blame the unified forces graduation’s delay on financial constraints.

Until now, there is no clear date on when to graduate the unified forces as stipulated in the peace agreement.