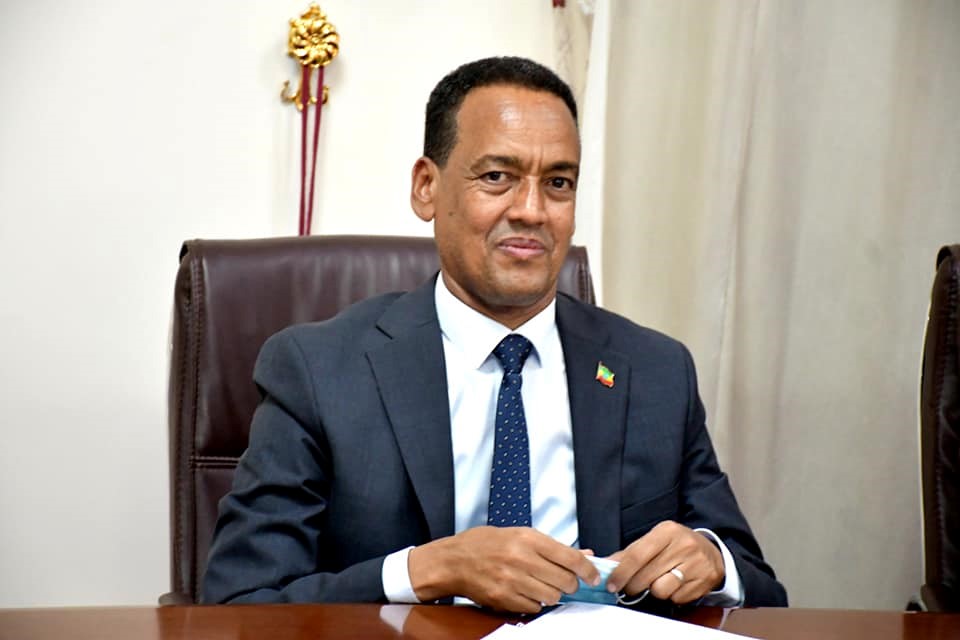 The recent Cessation of Hostilities Agreement signed between the Federal Government of Ethiopia and the Tigray People’s Liberation Front (TPLF) marks a promising start for peace in the Horn of Africa country, according to it’s diplomat.

Nebil Mahdi, Ethiopian Ambassador to South Sudan, said the deal mediated by the African Union in South Africa on Wednesday offers realistic hope of ending fighting which erupted in November 2020.

“The conflict has triggered loss of lives and livelihood, and it is in the interest of the entire people of Ethiopia to leave this chapter of conflict behind them and bring peace and harmony,” Mahdi said during press conference held at the Ethiopian Embassy in Juba.

Mahdi said the government and the TPLF have agreed to coordinate disarmament along with restoration of law and order, and unhindered access to humanitarian supplies.

“We have also agreed on the detailed program for disarmament, demobilization, and re-integration for the TPLF combatants taking into account the security situation on the ground,” he said.

Mahdi disclosed that the implementation of the ceasefire deal has already started.

He called on Ethiopian nationals within the country and abroad to support efforts for lasting peace.

“Basically, I call upon all Ethiopians to support the implementation of this peace agreement between the government of the Democratic Federal Republic of Ethiopia, and the Tigray People’s Liberation Front. This peace agreement will bring the conflict in northern Ethiopia to its end,” said Mahdi.