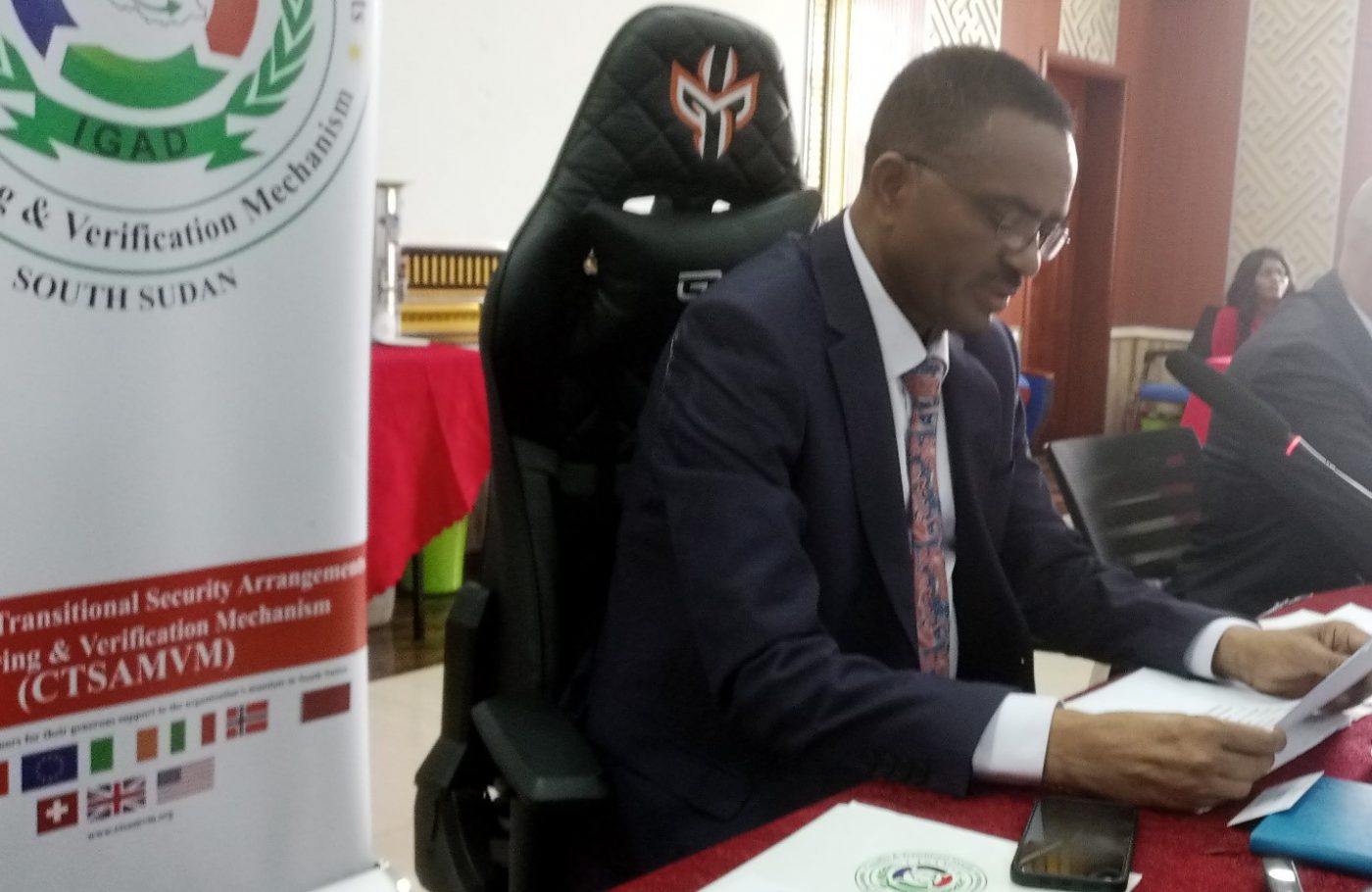 Ceasefire monitors (CTSAMVM) on Friday urged parties to the 2018 revitalized peace deal to avail plan for the second phase of training unified forces after recent graduation of the first batch of forces.

“Joint Transitional Security Committee (JTSC) is requested to provide details of phase two training plan, including cantonment and training centers,” Asrat Denero Amad, the Chairperson for CTSAMVM said during board meeting at Beijing Hotel in Juba on Friday.

In August, some 21,973 unified forces were graduated in Juba consisting of army, police, prisons, intelligence and wildlife.

The parties are supposed to graduate in total 83,000 unified forces to take charge of security during the extended transitional period that is expected to end by February 2025.

Amad also called on the transitional government to expedite other key critical pending tasks that include enactment of the permanent constitution.

“CTSAMVM urged RTGONU to quickly implement the remaining tasks of the transitional period during this extended period in order to lead to peaceful election,” Amad said.

In addition, he reminded the authorities to quickly probe the August extra- judicial execution of rebel fighters of South Sudan People’s Army in Unity State.

South Sudan People’s Defense Force (SSPDF) under the watch of Unity State Governor executed three suspects alleged to have been complicit in the killing of the Mayom County Commissioner.

The executions that were condemned by the United Nations Mission in South Sudan led to President Salva Kiir forming ad-hoc committee to investigate the extra-judicial killings.