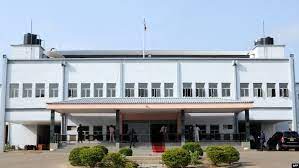 The parliamentary sitting on Tuesday was adjourned to allow law makers pay tribute to the deceased Veronica Louis Renzi Tambura, a veteran member of the national parliament who served for 47 years.

Rt Hon. Oyet Nathaniel, Deputy Speaker of national parliament, said the sitting was adjourned to allow lawmakers to mourn the death of their member.

Prior to Renzi’s death, the house was meant to deliberate on National Security and Public Order, Legislation and Justice on National Police Service Amendment Bill, 2022.

Oyet said the body of late Renzi will be brought to parliament on Wednesday for public viewing.

“The burial arrangements are underway and tomorrow (Wednesday) the body will be brought to parliament for viewing,” said Oyet.

He described Renzi’s death as a big loss to parliament and nation.

“Hon. Veronica Louis last Friday was in my office with acting Chairperson of her committee for a meeting. She was well, she was not complaining of any sickness,” said Oyet.

“But unfortunately as people return home, the following day we received the sad news of her demise which was shocking and heartbreaking,” he added.

Renzi was an SPLM-nominated lawmaker – serving in the Revitalized Transitional Legislative Assembly (R-TNLA) as a representative of Tambura County in Western Equatoria State.