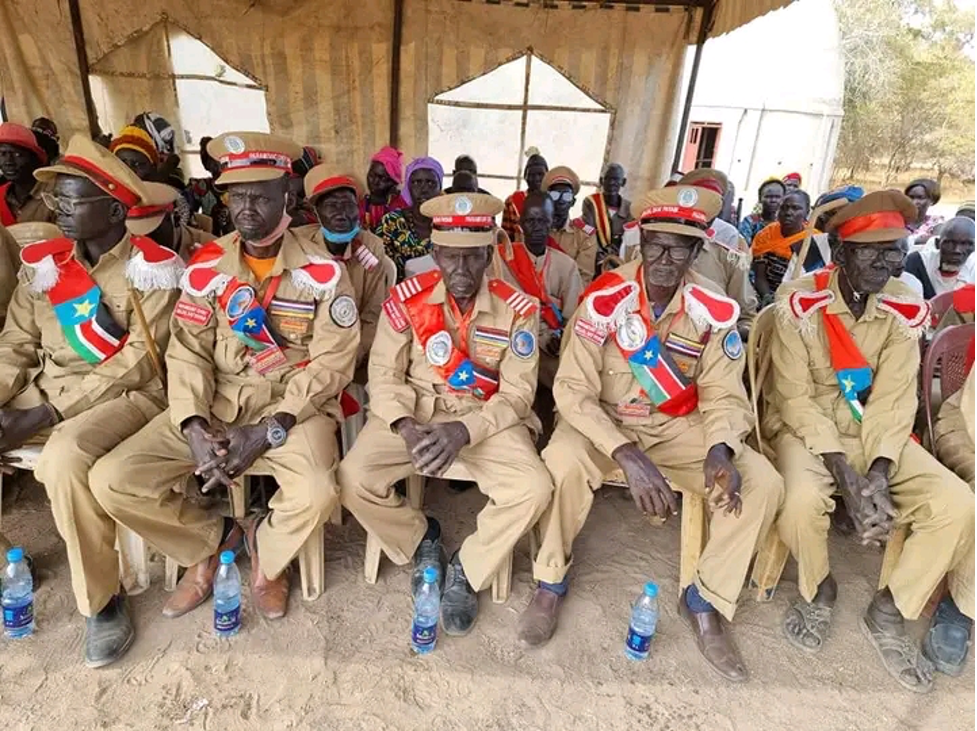 Paramount chiefs from Aweil East County of Northern Bahr El Ghazal State have protested the high court’s handling of cases in the County.

Chief Lual Malong Yor while speaking during the memorial prayers for the late father of Vice President for Service Cluster Hussein Abdelbagi Akol lamented the manner in which high court judges are mishandling cases before them.

Malong said that dozens of people are serving unfair sentences in Wanyjok Central Prison due to miscarriage of justice.

“About 13 people have been unfairly convicted, some of these are alleged to have had a hand in killings in which they didn’t partake in, their files are kept in secret places in order to deny them chance to appeal, this is so weird,” said Malong during memorial prayers for the late Sultan Abdellbagi Akol held last week at the Amarjal residence of the Vice President in Aweil East County.

“I am appealing to you Akol and governor Tong, to look into the issue of my people who are in detention and they are all from Abiem East,” he appealed.

In response, Judge Mathiang Kuach Kuach denied concealing the files of some of these alleged inmates.

“I don’t know what chief Malong is talking about, why not come to me and tell me the people who are in prison with missing files, those in detention have genuine cases that made them to serve prison, I can’t sentence you to prison with no reason,” said Kuach.

Locals in Aweil East are suspicious of the high court which they accuse for sentencing people to prison on trumped up charges.

It remains to be seen how the relationship between the paramount chiefs and the judge in Aweil East County puns out.