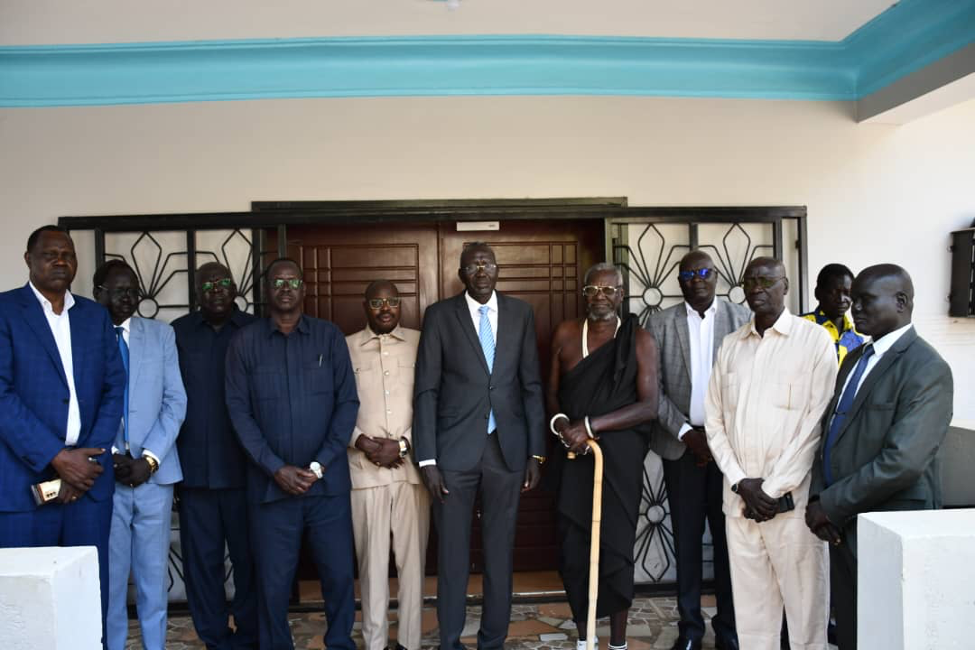 Leadership of Dinka-Padang community met on Wednesday with the King of Chollo, His Majesty Reth Kwongo Dak Padiet to discuss solutions to ending the ongoing violence in Upper Nile region.

Stephen Dhieu Dau, former national minister of finance and Chairman of Malut Community, said they discussed with the king in Juba on ways to bringing peaceful end to violence that has displaced nearly 40,000 civilians since August.

“We had come to give him (King of Chollo) moral support as symbol of peace, unity and love in Upper Nile State,” Dhieu told journalists after the meeting.

Kwongo Dak was flown from Malakal to Juba on orders of President Salva Kiir in a bid to save the latter from being harmed.

The conflict in Upper Nile initially broke out between two splinter factions of Sudan People’s Liberation Army-in opposition (SPLA-IO), but since mid-November it had sucked in the White Army militia who are fighting the indigenous Shiluk community Kwongo heads.

“We talked to him and as leaders we shall work together for peace, reconciliation and healing in the region,” said Dhieu.

“As he is symbol of unity and peace in the region, he will have to lead us, we are behind him and we must work together to unite our people,” he added.

On his behalf, Kwongo hailed Dinka Padang for joining hands with him to find peaceful solutions to ending the conflict.

“Today, I had meeting with my brothers from Dinka Padang of Upper Nile, they came to show solidarity with me in regard to what happened in Upper Nile,” said King Kwongo.

“We shall ensure peace and stability returns to Upper Nile,” he added.

“We have registered our solidarity to stand with him, and at the same time we expressed our willingness to campaign for peace in Upper Nile and in our neighboring state of Jonglei,” said Tor.

Tor called upon the people of Greater Upper Nile to shun violence and join hands to work together to restore peace in the region.

Deng Deng Akuie , a member of the visiting delegation called  on  President  Kiir to  support their efforts at bring peace in the oil-producing state.

“We call  upon  President Kiir  to bring  peace and  unity  in  Upper Nile, and the king  assured us  that he will  work  with various  communities  in Greater  Upper Nile to restore peace,”  said Deng.