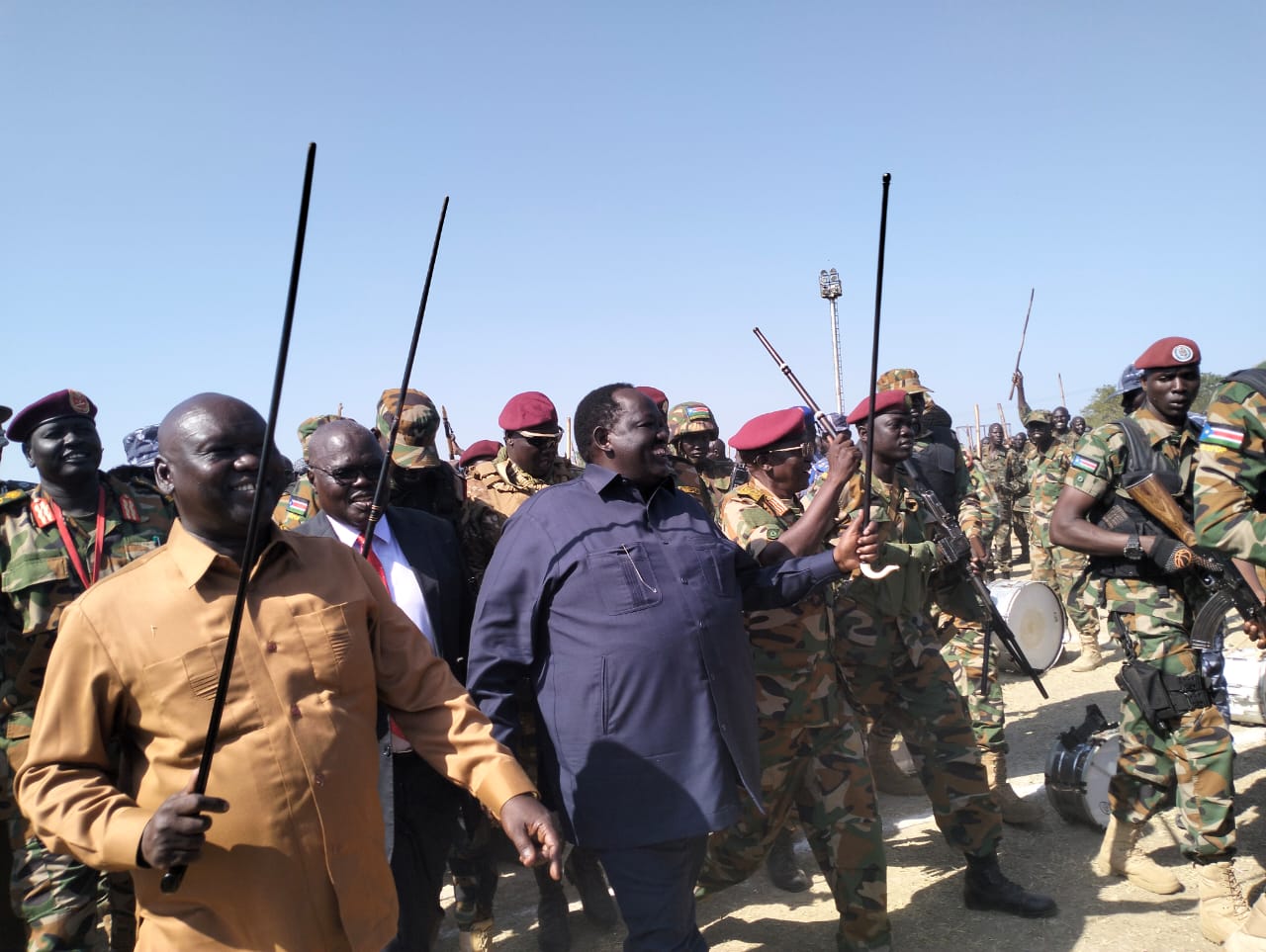 At least 9,550 unified forces have been passed out in Malakal town of Upper Nile State.

Tut Gatluak, Presidential Advisor on National Security Affairs during the Monday graduation of the troops said they will bring peace and stability in Upper Nile and across other parts of the country.

“Today, we are graduating you and for us to have peace we need to stop all the violence happening now in the country and that will be your work as security forces,” said Gatluak.

He said that that the return of the internally displaced people and refugees is hugely dependent on graduation of the unified forces.

“You are now one army with mandate to protect the citizens with their properties, you don’t belong to one person or any party you are national army,” he said.

Abudhok Ayang Kur, Governor of Upper Nile State said that the forces will improve security in the state.

“With your presence in the state our people will be sleeping without fear of unknown gun men, nobody is going to cry again of insecurity because forces that are going to protect them are now here,” said Ayang.

Angelina Teny, Minister of Defense and Veterans Affairs, said that they are preparing for the graduation of the second phase of troops.

“We are going for phase two and we don’t want anybody to remain behind this time, we want everyone to go to training centers,” said Teny.

She urged Gen. Johnson Olony and Simon Gatwech Dual the two renegades who broke away from the Sudan People’s Liberation Army-in opposition (SPLA-IO) in August last year  to rejoin the peace process.

Teny also used the occasion to call for lifting of the arms embargo imposed on South Sudan since 2018 by the UN Security Council.

Mahmoud Solomon, the Minister of Interior advised the forces to protect the citizens and their properties.

“I want those in the United Nations Mission in South Sudan (UNMISS) protection sites to come out if they are still inside UN camps then there is no meaning of your graduation,” said Solomon.

The latest graduation completes the first batch of about 52,000 forces.

In total 83,000 unified  forces are supposed to be graduated under the 2018 revitalized peace deal.