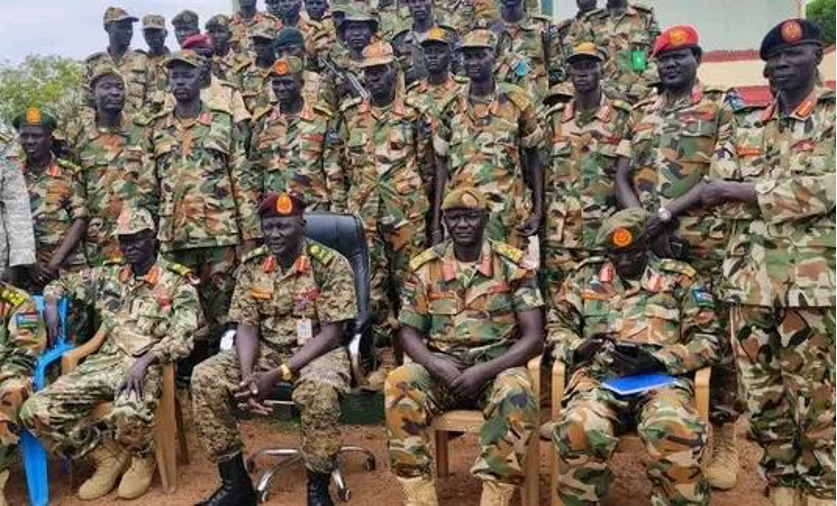 James Maker Ter, a senior officer in the SPLA-IO who was among the 1,621 defectors in Panyijiar County of Unity State on Wednesday said they switched sides due to frustration over failure by their top leadership in organizing the former rebel fighters for integration into the SSPDF.

“We declared our support to the SSPDF because of marginalization from SPLA-IO leadership, we love to return back to our mother SPLM ruling party,” Ter told told Juba Echo in Panyijiar County.

The defections are coming at a time when the transitional unity government prepares to start training of the second batch of unified forces.

Since August last year, the first batch of 52,000 forces has been graduated.

“We are currently in Nyang between Panyijiar County and Yirol County of Lakes State,” said Ter.

William Gai Riak, the Secretary General of SPLM-IO in Unity State, said he is only aware of the defection of James Maker Ter, adding that the rest of the alleged defectors are civilians purporting to belong to the SPLA-IO.

“I am aware of these defections, but this is minor to SPLM/A-IO in Panyijiar, SPLM-IO is committed to implement the revitalized peace agreement,” said Gai.