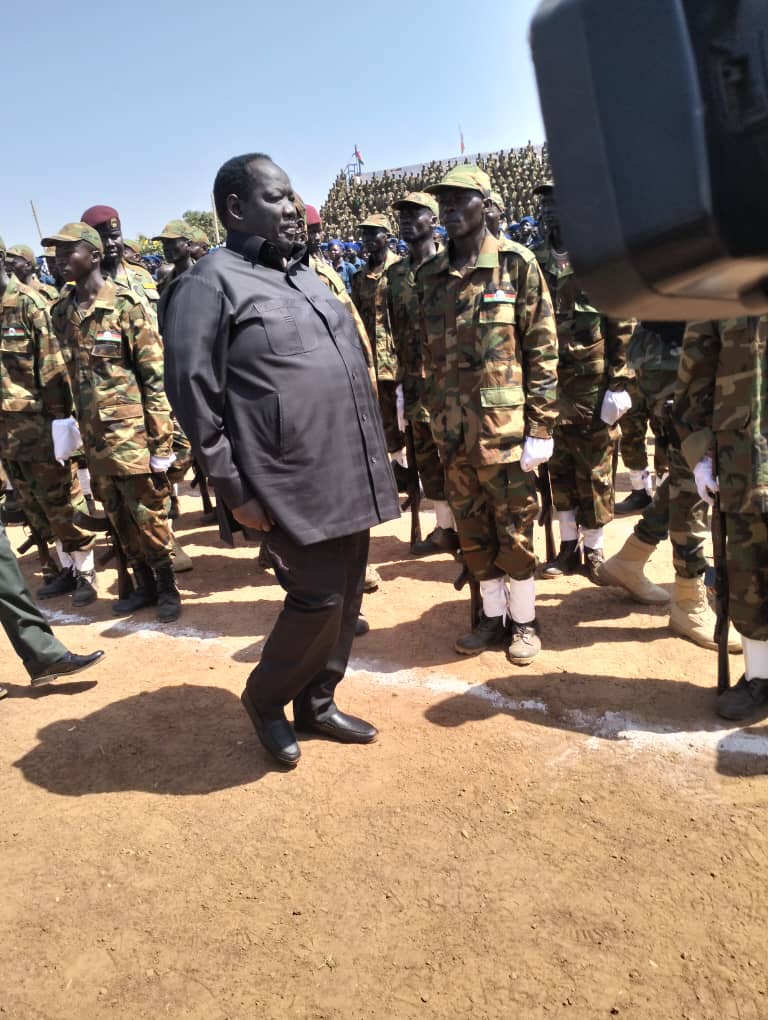 An estimated 149 unified forces have died during the period of three years training in Greater Bhar El Ghazal region.

This was revealed last week by Gen. Wisely Welebe Samson, the Chairperson for the Joint Transitional Security Committee.

“We are also graduating those who lost their lives during the training in the three centres of Greater Bahr Ghazal region,” said Welebe during the graduation of 13,628 forces in Wau town.

However, he didn’t provide details on the cause of deaths in the training camps.

The Reconstituted Joint Monitoring Evaluation Mechanism (R-JMEC) in the past said soldiers in cantonment and training sites were abandoning these centers due to shortage of food, medicines, and safe drinking water.

In addition, these training centers were also flooded with water and some soldiers came under attack from other belligerent groups.

The graduation was presided over by the Chairperson of the National Transitional Committee (NTC) Tut Gatluak, the Minister of Defense and Veteran Affairs, Angelina Teny and other peace implementation stakeholders.

Officials revealed that preparation for the graduation of other troops in Upper Nile State are in an advanced stage.