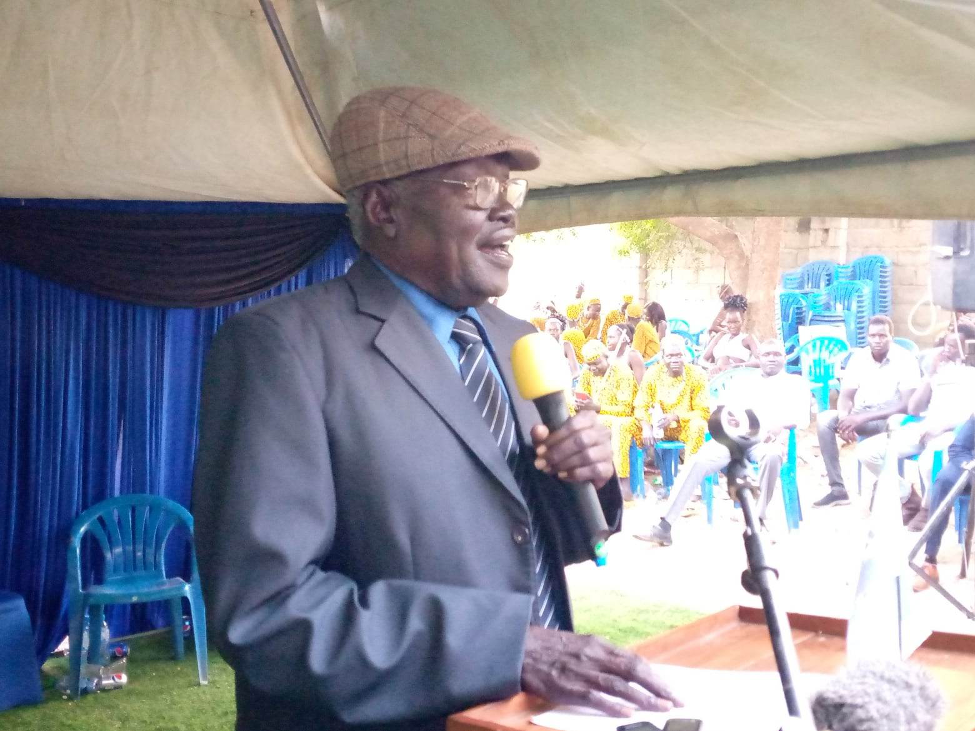 The former Vice-President of Sudan and Chairman of the African National Congress (ANC) Gen. George Kongor Arop speak during the launch of the party’s Secretariat General Work plan for 2023 in Juba on Saturday [Photo by Awan Achiek]
Home
Conflict
By Awan Achiek·
Conflict
·3 weeks ago·1 min read

The former Vice-President of Sudan and Chairman of the African National Congress (ANC) Gen. George Kongor Arop has called on the United Nations Mission in South Sudan (UNMISS) to assist the government in disarming the civil population.

Gen. Kongor made this call during the launch of the party’s Secretariat General Work plan for 2023 at its headquarters on Saturday in Juba.

“Top stop this violence, we need to be helped by our partners or through our friends’ and members of the United Nations to help in disarming the civil population,” said Kongor.

Kongor said cattle raids, communal and revenge attacks are mid-wifed by the rampant presence of illegal guns in civilian hands.

The retired General called on the UNMISS to provide the necessary equipment to assist the country in effective disarmament.

“If they (UN) are really sympathetic with South Sudan, which is not the only country that emerged from war where the disarmament has been collective responsibility between the country and UN,” he said.

“It is necessary to provide equipment to collect these arms from civilians before wet season if we are to have fair and credible elections at the end of transitional period,” he added.

Kongor suggested that the government often is criticized by international community and human rights bodies when it applies forceful disarmament.

South Sudan is awash with illegal guns in the hands of civilians after decades of civil war of independence from Sudan.

The longest civil war in Africa later on ended with the signing of the 2005 Comprehensive Peace Agreement (CPA) in Kenya, paving the way for the separation of South Sudan from Sudan in 2011.