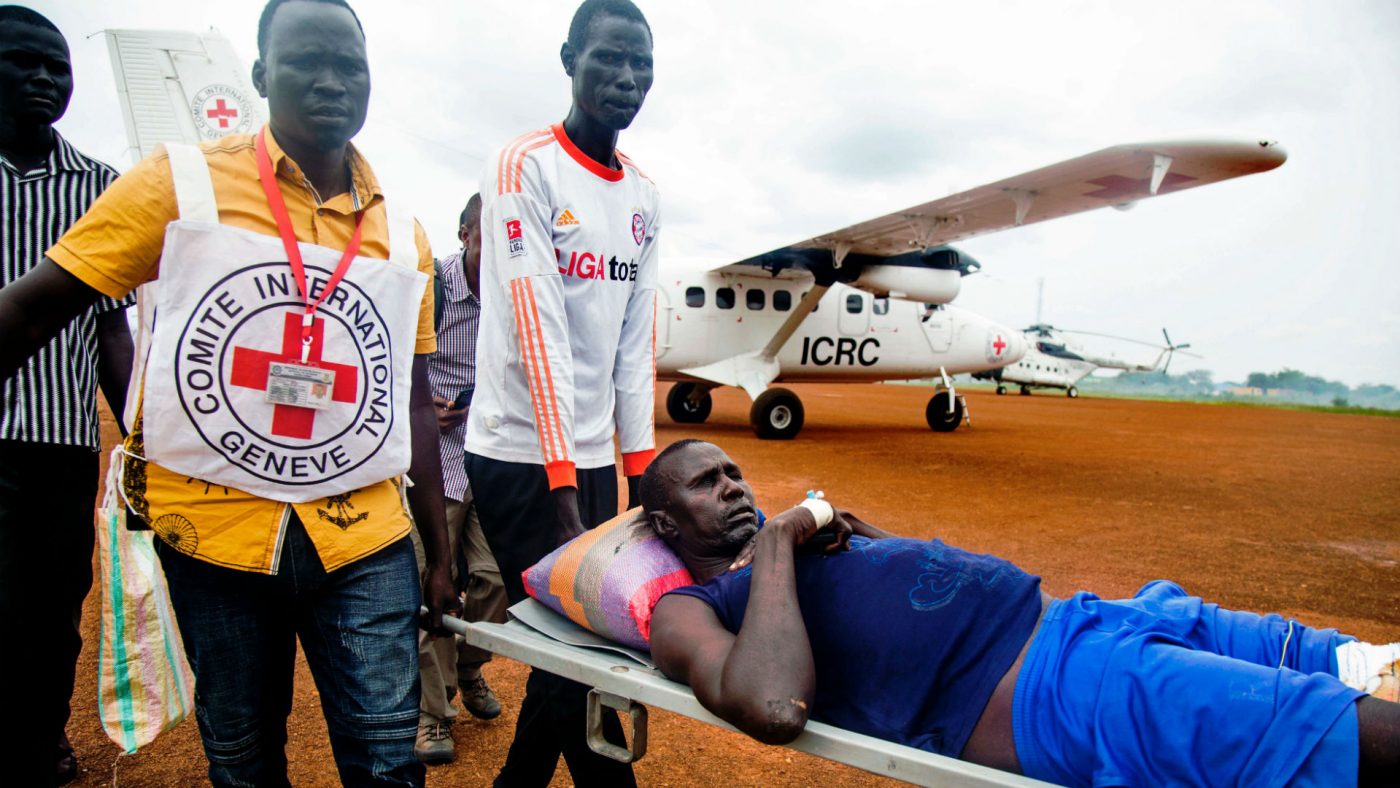 On World Humanitarian Day, South Sudan’s Humanitarian Country Team warns of a climate emergency and calls for an end to violence against aid workers

Office for the Coordination of Humanitarian Affairs

(Juba, 19 August 2021) Every year on World Humanitarian Day (WHD), we commemorate humanitarian workers who work tirelessly to reach millions of crisis-affected people with assistance and protection. Humanitarians work on the frontlines of crises, getting aid and protection to those in need.  Today, those front-lines include not only battlefields, but the flood plains and the scorched landscapes of the global climate emergency, whose effects are painfully apparent in South Sudan.  Climate change fuels conflict over shrinking resources and puts humanitarians in harm’s way.  South Sudan’s Humanitarian Country Team calls for determined and collective climate action, and a firm end to violence against civilians and aid workers.

“South Sudan is ranked among the five countries in the world most vulnerable to the impacts of climate change, and populations across the country are already suffering the impacts with devastating consequences, including disaster displacement,” said Arafat Jamal, the Humanitarian Coordinator ad interim for South Sudan. “Vulnerable populations are on the frontlines of the climate emergency, and are being battered by cycles of disasters, further eroding their ability to recover and rebuild their lives.”

South Sudan regularly experiences torrential rains, seasonal flooding and locust infestation in parts of the country – and it is its most vulnerable people who suffer the effects in life-changing ways. Last year, more than a million people were impacted by a second consecutive year of major flooding, with women and children most affected. This year the effects continue to be felt, with a worsening food security situation and some communities are now facing catastrophic needs. The levels of food insecurity and malnutrition are at the highest since independence ten years ago.

“Flooding is not a new phenomenon in South Sudan, described biblically as the ‘nation whose land the rivers have spoiled’”, Jamal observed.  What is new is the intensity and frequency of inundation, colliding with conflict fueled migration patterns that have led communities to seek safety from violence on riverbanks, leaving them exposed to rising waters. “Two weeks ago I visited Ayod County, I spoke to flood-affected communities who told me that the waters from last years disaster had yet to fully recede before new flooding took place. With their fields waterlogged and their livestock marooned on small islands, they collapse into a state of humanitarian need, where the basics of survival — food, health, clean drinking water — must be provided.”

And yet, while the climate emergency becomes more acute in South Sudan, including an intensification and frequency of extreme weather, the very people responding with life-saving assistance are facing increasingly dangerous conditions. Every day, aid workers, most of whom are South Sudanese, find themselves in the crosshairs of violent action, and every day they are risking their lives to provide assistance to the most vulnerable people in need in South Sudan.

Since March 2021, there has been a rise in the number of attacks against aid workers – aid workers who serve the community. Ambushes and attacks on clearly marked humanitarian convoys including ambulances also increased. Four aid workers were killed carrying out their duties this year. Their deaths bring the number of aid workers killed in South Sudan since 2013 when conflict broke out to 128. Most were South Sudanese.

“Today we pause to remember all humanitarian and aid workers whose lives were taken from them in the course of their humanitarian work,” Jamal said. “We also salute the courage of humanitarian workers serving in isolated and insecure locations, doing crucial and lifesaving work.”

When aid workers are endangered or under attack, vulnerable people who need food, health services, access to clean water, nutrition and education services, are deprived of the much-needed help. “The trend of increased violence against humanitarian workers, civilians and assets cannot continue, and is a violation of international humanitarian law. Humanitarian workers must be able to safely reach people in remote and highly food-insecure areas and those in conflict- or flood-affected areas without the threat of attack,” added Jamal. “Time is already running out for millions of the most vulnerable people here – those who have contributed least to the climate emergency but are hit the hardest,” concluded the Humanitarian Coordinator ad interim in South Sudan. “World Humanitarian Day is an opportunity for all to re-commit to the values that underpin humanitarianism.”