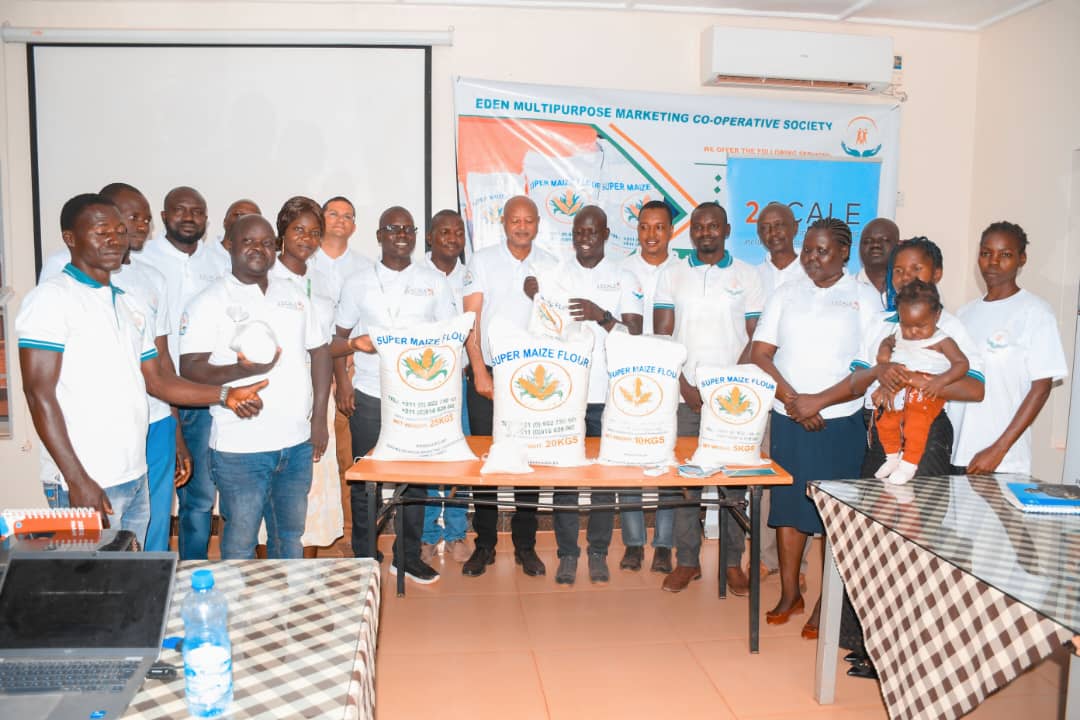 Over the weekend, the Farmers’ Union Cooperatives in WES launched the first ever production and sale of home-made flour to respond to local consumer demands.

Alexander Fernando, the Regional Director of International Fertilizer Development Center (IFDC) stated that, the introduction of the production of the maize flour in WES is a great move towards supporting improving sustainable agriculture.

He pledged continuous support to local cooperatives and individuals with business idea that may want to improve their livelihoods and the livelihoods of the community.

“The mandate is support those who are motivated, have a business idea and who want to improve their livelihood. I am very grateful for coming to Yambio and Nzara to witness this excellent work done by the cooperative unions,” said Fernando.

Alana Sebit Owot, the Partnership Facilitator for 2SCALE South Sudan, said the two pilot Cooperative societies’ business ambition is to enhance local maize production by engaging smallholder farmers at the grassroots and adding value to the maize produced by the members of the cooperatives.

Owot said the grinding mills maize flour factories will entail processing the maize into flour, first to meet the nutritional needs of its members and subsequently to other Bottom of pyramid consumers within and outside the State.

The factory was launched by International Fertilizer Development Centre (IFDC) as part of its donation to the communities of Nzara County of Western Equatoria State.

The 2SCALE program is designed to incubate and accelerate inclusive business development in African agri-food systems.

The program works together with companies, small medium-sized enterprises, and producer organizations to develop business and partnership models that promote inclusiveness, develop competitive edge, and have potential for scaling agribusiness.

Eden Multipurpose Marketing Cooperative in Yambio and Farmers’ Cooperative Union General in Nzara were supported by 2SCALE Program through a co-investment arrangement to acquire complete set of maize milling machines that they were able to install and process maize into flour which were launched on Tuesday and Wednesday in Yambio and Nzara respectively.

The maize flour already in circulation in the local markets of Yambio and Nzara are packaged into different bags of 5, 10, 20 and 25 Kilograms which are intended to meet the demand of customers with low income.

He stressed that the locally based modest maize processing line produces up to 30 bags of 50 kgs per day of grains purchased from local farmers in the state.

Ismail added that the cooperative has been receiving subsequent market positive feedback from retailers and consumers about the product.

He added that Eden Multipurpose Cooperative Society has sold up to 50 metric tons of maize flour since its inception in September this year.

The two processing lines have created local jobs within the community, about 12 people are being employed as Machine operators, mechanics, marketers, cleaners and administers respectively.

He revealed that the machine has provided market to locally produced maize grains in the State.

“Our farmers are cultivating, and we get their maize as raw materials for processing,”

Some of the retailers who buys the locally produced flour in wholesale price from Eden and Nzara said, “the initiative has saved them from importing from neighbouring Country Uganda which they say is often costly”.

Simon Arkanjelo is one of the retailers at Yambio min market said he sell the locally produced maize flour at relatively lower prices since there is no transport cost and tax tariffs incurred compared to the ones imported outside.

“We even get the flour from the processors without cash payment but pay them later after sales while they keep their profits, this arrangement is helping them small retailers grow. This is because the flour is produced here in Yambio, the quality is okay, it’s also white like the one they bring from Kampala and it is better getting it here than going to Uganda”

James Abdallah Arona, the State Acting Minister of cooperative and rural development while speaking in Nzara on Wednesday lauded the farmers’ cooperatives, union and partners for the scheme aimed at alleviating food insecurity in the country.

He said the launching of the local industries has created agricultural opportunities to farmers in the state.

“I am happy, and I want to welcome the efforts of farmers’ compliant union for this good initiative, I also want to appreciate 2SCALE for great support to these cooperatives. It is not easy for us to reach to this level because I know in 60s, 70s and 80s, our people from Southern Sudan migrated to the north to look for jobs and most of the goods were produced in the north but now we have our local industry in South Sudan”

He also encouraged farmers in the state to continue producing grains in large quantity to keep the processing lines running.

“From here as a government, I still want to encourage our farmers, the administration of the Cooperative unions to work hard and do more awareness to mobilize more farmers so that they can produce raw materials so that Eden Multipurpose Marketing Cooperative Society and General Farmers union Nzara can process more flour for local consumption, you can even supply Wau, Rumbek and also export” said Abdallah.

Over the weekend, Eden Multipurpose Marketing Cooperative and General Farmers Union started the maize flour production, a local initiative supported by two SCALE (Towards Sustainable Cluster in Agribusiness Learning and Entrepreneurship with support from the Dutch Ministry of Foreign Affairs DGIS). 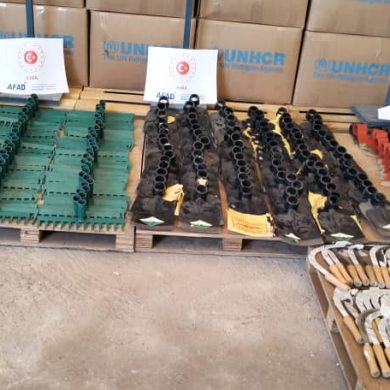 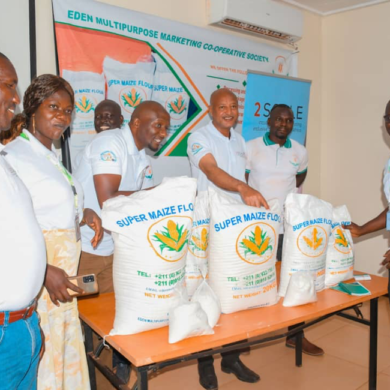 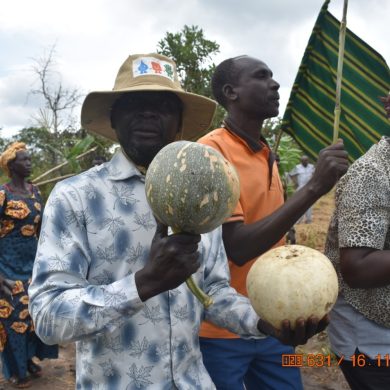